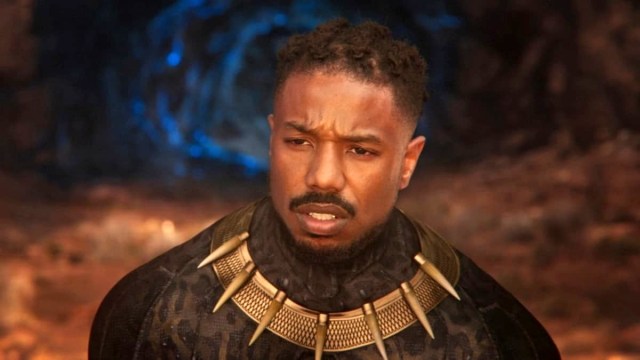 Black Panther: Wakanda Forever is just around the corner, and with the passing of the great Chadwick Boseman many are wondering how the helm of his most iconic character will be passed on. The film will explore who will rise to the task during their conflict with the underwater kingdom of Talocan. One hot take on a past villain and how he could have stepped up in Wakanda Forever has now led to a rousing debate on Twitter.

The subject of T’Challa’s successor will all be going on whilst Wakanda faces a threat from outside of their borders, from Namor and his people. The conflict of succession was a big part of the last film as well, with King T’Chaka’s brother, Prince N’Jobu’s son, Erik Stevens, born outside of Wakanda, and left in the harsh streets of Oakland California, coming to claim the throne as his birthright.

Nicknamed Killmonger, for his violent past as a U.S Navy Seal, he saw to bring about the end of the oppression of people of African Descent everywhere in the world by utilizing Wakanda’s technology and vibranium, essentially starting a race war. He was merciless in his route to the throne, even killing his girlfriend, and several others, in cold blood before challenging T’Challa to a duel for the throne and throwing him over the waterfall where it was presumed he had died.

Now one Twitter account, Geek Culture Explained, put forward the idea that this is the man that could have led Wakanda, had he not died at the end of Black Panther, in the wake of T’Challa’s passing. This statement ruffled more than a few feathers on the social media platform.

Now it is very common for villains to have redemption arcs, heck Loki is a prime example, but many felt that the actions of Killmonger were so antithetical to the values of Wakanda that he is in no way a suitable replacement for T’Challa.

Many listed the various atrocities Killmonger committed and how you can’t simply overlook them.

This man has a history of violence against women, so no let’s not make him King.

Even in another universe, the man was a stone-cold killer to get what he wanted, which is essentially WWIII.

There is no way the people of Wakanda would be okay with this.

Some tried to compare Killmonger to Loki, pointing out that the God of Mischief was allowed to grow as a character beyond simply being the villain, but others rebutted that this isn’t a good comparison.

If he had stayed alive he could have had an interesting arc, which would have been a long one, but we do not need him taking on the mantle of Black Panther.

To do a redemption arc right takes a long time, you cannot ask an audience to suddenly believe that a man who did so much evil could suddenly be a symbol for good without earning it. In the case of Loki, it took multiple films to get to where he is now, and even then we aren’t sure whether or not to consider him a good guy.

In the case of T’Challa’s successor, there are plenty of other wonderful candidates, and maybe more than one right one, and we hope to see who it is come Nov. 11 when Black Panther: Wakanda Forever lands in cinemas.