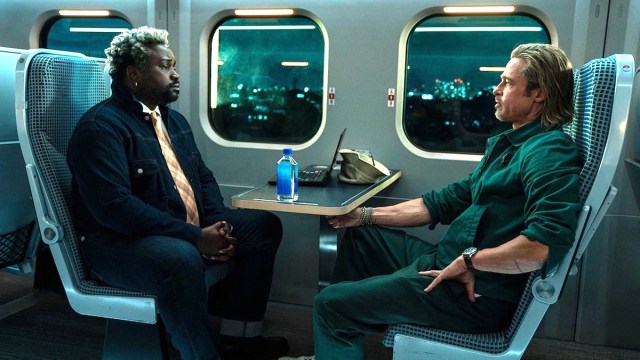 The unstoppable expansion of the Marvel Cinematic Universe means that you only have to join a couple of dots these days to connect pretty much any recognizable talent from any project to the superhero franchise, something that’s true of next week’s action spectacular Bullet Train.

Directed by Deadpool 2‘s David Leitch, the high-concept literary adaptation stars Brad Pitt as an elite assassin undertaking the fabled “one last job”, only to discover that there are countless other killers on the titular mode of transport all seeking to eliminate the competition to secure the mysterious MacGuffin at the center of the story.

The ensemble has plenty of Marvel experience, with upcoming El Muerto Bad Bunny and Deadpool 2‘s Zazie Beetz being joined by Eternals alum Brian Tyree Henry and one-time Quicksilver (and current Kraven the Hunter) Aaron Taylor-Johnson. In an interview with Digital Spy, Henry offered up some similarities between Bullet Train and the MCU.

We’re still waiting to discover whether or not Henry and the rest of the gang will be returning for that Eternals sequel fans are hoping will come together eventually, but until then, you’ll be able to see the actor kicking even more ass when Bullet Train begins barreling into theaters on August 5.