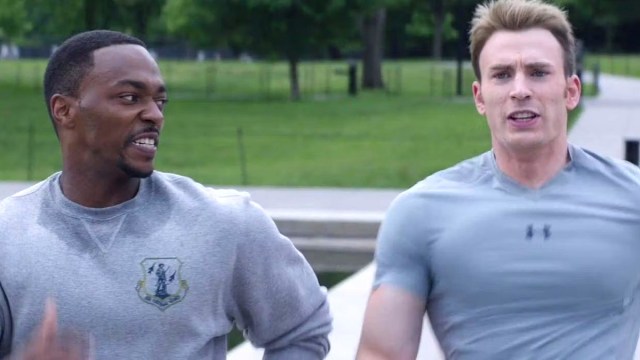 After maintaining radio silence for the better part of a year, fans rejoiced when Anthony Mackie’s Captain America movie named Julius Onah as director, even if certain supporters of the star-spangled hero weren’t entirely sold on his credentials based on crushingly tedious sci-fi spinoff The Cloverfield Paradox.

The internet was awash with reactions, memes, musings, and everything between, and it seems like a sound bet to assume that we’ll be hearing even more from the next Captain America adventure when San Diego Comic-Con rolls around in a couple of weeks.

One of the more bizarre asides to emerge from the announcement was The Hollywood Reporter’s clunky method of trying to explain that Mackie’s Sam Wilson was taking top billing this time around, and not Chris Evans’ long-tenured stalwart Steve Rogers. In fact, the publication was even being roasted for stating the obvious in unnecessarily lengthy fashion.

Digging itself into an even deeper hole, THR’s social media team ended up having their record set unequivocally straight by none other than the OG Cap himself, which then led to a roundabout apology of the meekest nature.

Of course, this isn’t the first time Evans has made it perfectly clear that he’s no longer Captain America (and nor does he particularly want to be anymore), and he couldn’t be more thrilled at seeing longtime friend and co-star Mackie step into the breach, pick up the shield, and assume the mantle to continue building on the foundations laid during the final episode of The Falcon and the Winter Soldier.