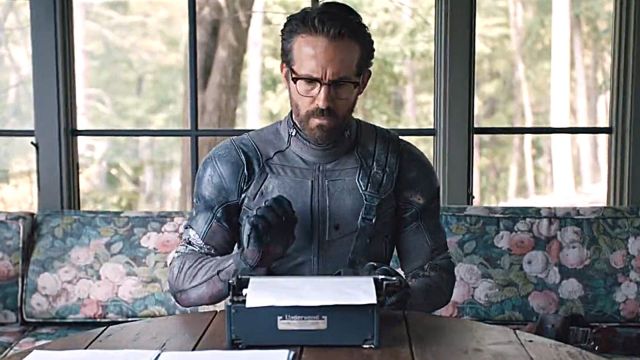 There’s no better way to get people talking about a surprise announcement than to riddle it with Easter eggs, and Marvel knows this better than most. So, it’s no surprise that fans’ first reaction to seeing Ryan Reynolds wear a very specific Deadpool suit in the Deadpool 3 announcement was to interpret it as a clue for future developments in the Marvel Cinematic Universe. Turns out, it was most likely just a reference to the past, instead of a glimpse into the future.

The suit was obviously not the first thing on everyone’s minds, considering that bombastic Hugh Jackman cameo that officially confirms the return of the legendary Wolverine to the big screen, and his long-anticipated inclusion in the MCU. Once they turned their attention to the threads Reynolds can be seen wearing across different scenarios in the teaser, however, fans were quick to come up with theories. The most popular one being that it was a hint at a possible team-up that got its baby steps in during the last Deadpool film, but could now be taken to new heights under the Kevin Feige machine.

In the source material, the members of the X-Force all wear matching grey suits, which would justify Reynolds not going for the emblematic red costume in his promotional video. However, this theory lost some of its strength when Deadpool enthusiasts pointed out that the gray suit was actually the red suit after it was scorched at the end of Deadpool 2.

There’s actually no reason why it can’t be both, though, and who’s to say that Reynolds’ didn’t mean for the singed suit to have a double meaning? Maybe the fact his suit was roasted to a crisp, and he doesn’t have the means to get a new one, will be the reason he finds to force everyone to wear grey costumes. We wouldn’t put it past Wade to prioritize flair over reason.

The possibilities are endless now that this legendary pairing both on and off screen has come together. Catch Deadpool and Wolverine getting up to their usual antics when Deadpool 3 hits theaters on Sept. 6, 2024.