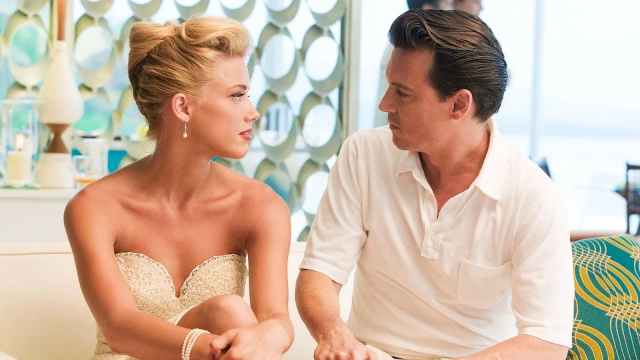 After over a month in court, the John C. Depp, II v. Amber Laura Heard trial finally ended at the start of June. The pair, Johnny Depp and Amber Heard, are seemingly always in the news, with recent reports claiming that Depp might be coming back to his famous franchise, Pirates of the Caribbean, though Depp has since denied the claims.

After all this time, and after many allegations slung at both halves of the infamous couple, it’s only natural to wonder if the two actors ever worked together. Did Johnny Depp and Amber Heard ever appear in the same films, and how did that impact their relationship?

Did Johnny Depp and Amber Heard ever work together?

Johnny Depp and Amber Heard did indeed work together, cooperating on two separate films. The first film was 2011’s The Rum Diary, which was directed by Bruce Robinson and was based on the Hunter S. Thompson novel of the same name. Hunter S. Thompson and Johnny Depp were friends and Depp starred in the adaptation of Thompson’s most famous novel, Fear and Loathing in Las Vegas.

Depp played Paul Kemp, the main character in The Rum Diary, and Amber Heard played Chenault, his love interest and eventual wife. The film also starred Aaron Eckhart, Giovanni Ribisi, and Michael Rispoli. At the time of filming Depp was still in a relationship with the mother of his children, Vanessa Paradis, but the filming of The Rum Diary is where he met Amber Heard.

After Paradis and Depp separated in 2012, Depp and Heard dated, and subsequently married in 2015. A year later, Heard filed for divorce and alleged that Depp had been abusive during their relationship. The second film Depp and Heard worked on together was released following their divorce in 2018, but filming took place while the pair were still in a relationship.

The second film’s name is London Fields and it has plenty of drama to its name even without the involvement of Heard and Depp. The director of the film, Matthew Cullen, sued the producers following its release as he did not support the cut of the final film. Due to this, London Fields‘ release was delayed until 2018.

The producers also filed a suit against Heard, alleging that she and Cullen made unapproved changes to the script. In 2018, the producers reached a settlement with Heard after she countersued claiming they violated a nudity clause in her contract.

Heard played Nicola Six, one of the main characters in London Fields, and was featured prominently on the poster. Depp had little more than a cameo in the film, playing a character named Chick Purchase. It is also worth noting that the film has a 0% rating on Rotten Tomatoes and as of writing it is one of only forty one films to have this rating. Heard was also nominated for Worst Actress at the Golden Raspberry Awards for her performance in the film.

It seems extremely unlikely that Heard and Depp will make any more appearances together, so if you’re hoping to witness the former pair’s on-screen chemistry, you’ll have to enjoy the above selections.