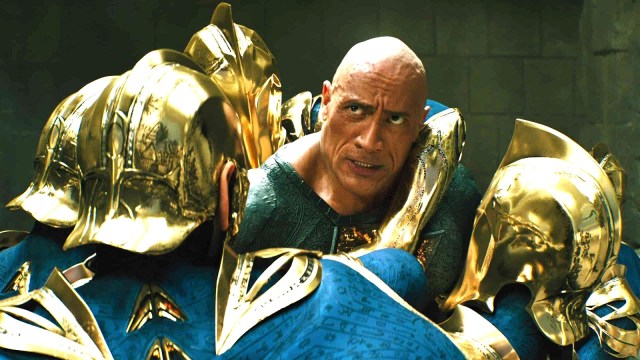 It would be safe to say the honeymoon period for Black Adam is over, with Dwayne Johnson’s DCU debut having started to taper off at the box office, where it’s also been handily defeated by the competition.

Of course, everybody knew that Black Panther: Wakanda Forever would come roaring out of the gate to decimate everything that stood in its way, but the Marvel Cinematic Universe sequel still managed to earn more in three days than The Rock’s 15-year passion project had accumulated in four weeks.

Not only that, but Black Adam was also soundly defeated this past weekend by the third season of a TV series, with Fathom Events’ release of The Chosen on the big screen proving to be the sleeper success story of the most recent frame. All told, the Man in Black’s maiden outing has crossed $350 million, but it may not fly much higher than that.

Johnson has offered warm praise and hearty congratulations to Wakanda Forever on more than one occasion, but it appears as though he draws the line at like-for-like comparisons. Taking to Twitter, the A-list megastar decided to weigh in on a tweet that underlined the stark differences between the two superhero stories and their earning potential.

While he does have a point to a certain extent, the world’s biggest movie star headlining a $200 million epic set in the industry’s most consistently bankable genre should really be performing better. $400 million was deemed as the bare minimum, and we’re still waiting to see if Black Adam can even cross that threshold in the next couple of weeks.