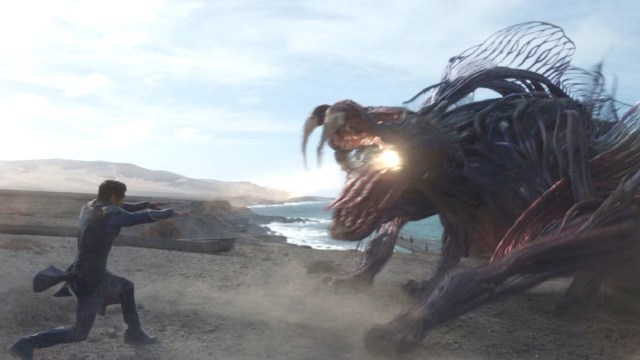 In the buildup to its release, Eternals was always viewed as one of the Marvel Cinematic Universe’s biggest gambles. While the franchise had introduced characters that were basically unknown to the general public and turned them into household names before, a near three-hour intergalactic epic spanning thousands of years with roughly a dozen major players factoring into the story sounded like a tough task on paper.

Academy Award-winning director Chloe Zhao’s sprawling story did manage to crack $400 million at the global box office, which was a stellar return given the havoc wreaked on the theatrical industry by the pandemic, but it ranks as the single worst-reviewed installment in MCU history on Rotten Tomatoes – even if the audience response was a lot more enthusiastic.

Eternals was released just weeks after Shang-Chi and the Legend of the Ten Rings, which already has a follow-up in development and has done for months now, but the titular team of immortal aliens have been greeted with radio silence. Rumors pop up every now and again, but we haven’t heard so much as a peep in an official capacity.

Admirably, star Barry Keoghan admitted to Uproxx that he’s never going to give up the ghost, and he’s even been pestering fellow Eternal Kumail Nanjiani for updates, having singled him out as the most likely to be kept in the loop.

“Kumail is always the one I’m texting. I’m like, “Yo, have you heard anything on Eternals 2?” Kumail knows everything. You know what I mean? He loves comic books. The comic world. Well, I’m always texting him like about San Diego Comic-Con. I’m like, “Hey, are we going to San Diego for Eternals?” but I’d love to see where it goes. I really would.

No, there’s a lot that we could dive into and there’s a lot of character stories that we can go with and that as well. So I will be curious to see where Kevin, Victoria Alonso and they all take it. It was shot and made, you really get, with the characters, it sort of felt like an independent movie at some points as well. But she, she’s amazing. Chloé, she’s another great one I would work with. At the drop of a hat again.”

The longer the wait goes on for an Eternals 2 announcement, the more concerned the film’s fans are going to get. That doesn’t mean it’s not going to happen, but a little clarity would certainly go a long way in this case.