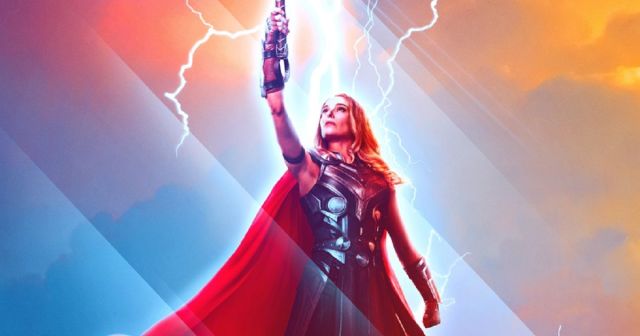 Natalie Portman’s return to the role of Jane Foster for Thor: Love and Thunder may not have ended entirely happily-ever-after, but a new fan theory throws doubt on Mighty Thor’s true fate.

After undergoing cancer treatment (likely the result of absorbing an Infinity Stone in Thor: The Dark World), Foster decides to turn to magic Vikings and seeks out the shards of Mjolnir in New Asgard. While she does become another Thor and joins the original Thor as they look to defeat Gorr the God-Butcher.

Unfortunately she doesn’t make it out alive, dying as they all meet Eternity itself. In a post-credits sequence we see Jane reach the pearly gates of Valhalla, being greeted by Heimdall: but is she actually dead? One fan theory believes not.

Posted by /u/trorg, the user posits that a few small but important moments from previous Asgardian adventures in the Marvel Cinematic Universe detail how she isn’t dead.

Essentially, when Odin tells Loki and Thor he isn’t dying but passing on to the next adventure, he fades into gold dust. Heimdall and Loki meanwhile do not when they are killed by Thanos in Avengers: Infinity War, so what gives?

Well, in comics when Jane dies she later becomes a Valkyrie, guiding the dead to Valhalla. So she may not be entirely dead, or at very least, will almost surely make further appearances in the universe. As it stands in the MCU, there is only one Valkyrie left alive after Hela slaughtered them all during her conquests.

It’s not sure where the Thor series will go next, with the latest entry proving divisive with fans and critics. Director Taika Waititi himself has said he’d return for a fifth film, but only if Chris Hemsworth does.