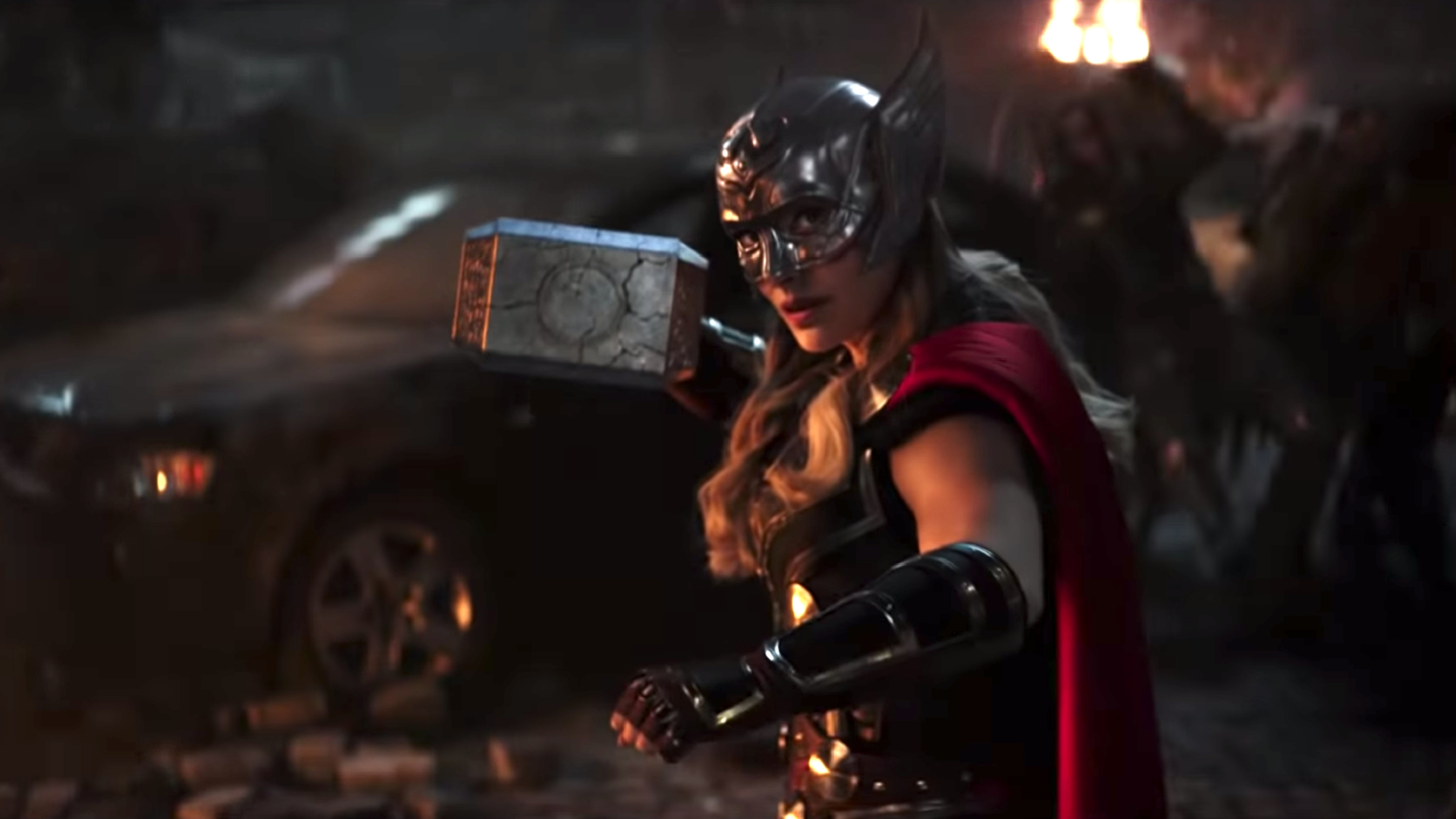 When Marvel fans finally got a teaser trailer for the studio’s upcoming action-comedy Thor: Love and Thunder, they also got a huge surprise in a confirmation that not only does Natalie Portman’s astrophysicist/Thor love interest return, but she’s now dressed as an Asgardian God and will transform into the comic’s canon character, “The Mighty Thor.”

While details about the Thor sequel from the notoriously leak-adverse Marvel Studios are scarce, that hasn’t stopped fans on the r/FanTheories subreddit from speculating like mad in a thread titled “The Thor teaser gives a massive hint at how Jane earns Mjolnir. It’s not how you think, but it fits perfectly with her character.”

The thread started with a post from user “TheMediocreCritic.” Keep in mind as you read this, both the reddit name and the user’s name should give you a hint that this is not written by an insider with knowledge of the production:

“Here’s my take. New Asgard is being exploited and coerced by the Energy Commission we see in the trailer. Asgard has advanced technology from their homeland, which we have seen in other films, and the commission(and probably Roxxon) wants it. The commission and the table of angry leaders are likely pressuring Valkyrie to sell or share their energy, Perhaps even threatening their economy, but she does not trust them. And she shouldn’t. Valkyrie is in a tough spot; she is a warrior used to solving political turmoil with a sword, not board meetings.

Jane Foster, a renowned Astrophysicist, flies to New Asgard in the midst of battling cancer to help Valkriye. Though a fierce warrior and King, Valkyrie is not equipped for the challenges of politics that threaten New Asgard. She needs help. Though no politician,  Jane Foster’s scientific expertise, experience with Asgardian technology, and connections in her scientific community help make a strong case for New Asgard. Jane succeeds in keeping corporations and countries from exploiting New Asgard. This is how Jane earns the hammer.”

While framing the new Marvel film as an Erin Brokovich-style takedown of energy companies would be a bold direction for the comic book movie franchise directed by famed comedy auteur Taika Waititi, not all users were convinced.

“People have already seen a filming video of the moment. Specifically, there’s some sort of monument built at the location where Mjolnir fell apart. Jane’s there, and starts hovering into the air. Presumably Mjolnir reassembles itself because she’s ‘worthy’.”

Meanwhile, user “easycure” takes the kind of medical approach to speculation about the story that you would expect from a person with his username:

“The only bit I’d add to your theory is about the WHY she’s go to New Asgard in the first place, and I don’t think it’s just to help the people or to help Valkyrie, whom she doesn’t know.

She may go there seeking treatment for her cancer because she’s already witnessed first hand the advanced medical tech Asgard holds (Thor 2, the magic MRI bed thingy that found or extracted the Aether in/from her body?)

So she goes there not knowing anyone but likely throwing Thor’s name around to get a seat at the table with King Valkyrie, to talk her into letting Asguards tech be used to help her, so that she can in turn help others, then like you said be ones worthy from there.”

And we’ll give the final word to the most popular response in the thread, from user GeneralQuami, who responds with a fan nickname for Mjolnir, Thor’s mighty hammer:

“I actually thought she used her knowledge to repair ‘meow meow’, combining magic and science. She repairs it not for her sake but for New Asgard therefore she is worthy.”

The answer to the question posed by the thread has already been spoiled by a toy company selling a replica of Jane Foster’s Mighty Thor helmet.