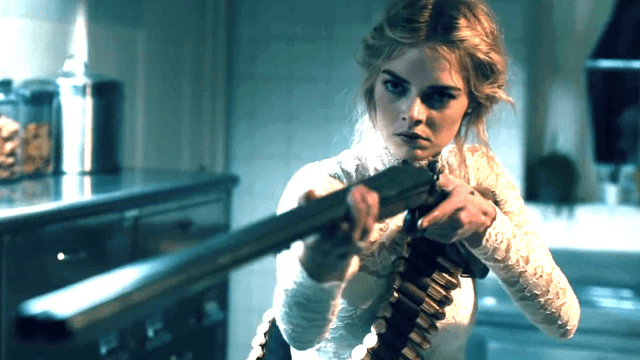 Scream fans got some much-needed good news this week as horror icon Samara Weaving joined the cast of the horror franchise’s next chapter. The Babysitter star, who previously worked with directors Tyler Gillett and Matt Bettinelli-Olpin on their breakout feature Ready or Not, is officially the latest addition to the cast of Scream 6. And, seeing as that’s half the fun whenever someone boards a Scream film, fans are already theorizing whether Weaving will be killer, victim, or something else.

Scream 6 will see Melissa Barrera, Jenna Ortega, Mason Gooding, and Jasmin Savoy Brown return from this January’s “requel”, with Courteney Cox also back as Gale Weathers. As the follow-up will relocate the action from Woodsboro to New York City, folks are expecting the new film to expand the story’s scope so there’s a lot of potential roles Weaving could fill. Some think she might be playing an actress in the latest installment in the Stab franchise.

Others are still convinced that Stu Macher’s legacy will come into play somewhere, after Matthew Lillard failed to show in Scream 5. So what if Weaving is Stu’s long-lost, vengeful sister?

An obvious option… Could she be Ghostface?

Well, it’s possible, but others have used cold hard logic to effectively rule out that eventuality. Most fans seem to think that Weaving will be the movie’s opening kill, a part that’s usually taken by the most famous name on the call sheet.

Scream 6 has been shooting for weeks now, so if Weaving’s just been announced the chances are she has a small, hopefully significant, role.

Radio Silence wouldn’t waste her on a cameo, right?

Now this has to be the best idea. We know Hayden Panettiere is returning as Scream 4‘s Kirby Reed. So what if Weaving is, as another fan suggested, playing Kirby in a Stab movie and is indeed the opening kill and it’s her death that causes the real Kirby to re-enter the storyline?

Scream 6 slashes into cinemas next March 31.