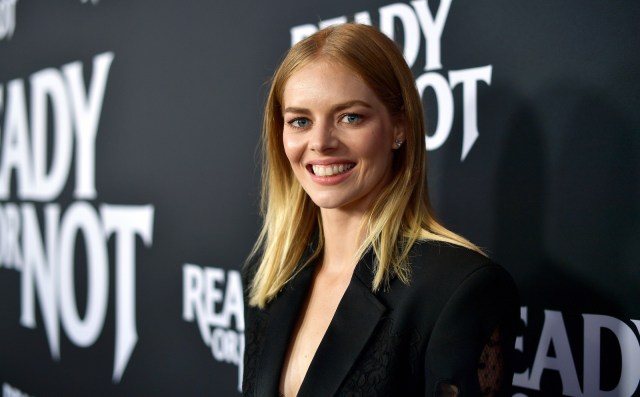 Ghostface has potentially just enlisted a new fresh-faced target in the legendary franchise after news that Australian actress Samara Weaving, known for her standout performance in horror/comedy Ready or Not, has officially joined the cast of Scream 6. The upcoming project will serve as a sequel to 2022’s Scream and is slated for release in theaters early next year. And yes, we will be seated.

While the glistening addition of Weaving might come as a surprise to some, it’s certainly not a shock at all to horror fans — considering the 30-year-old actress has collaborated with Scream 6 directors Matt Bettinelli-Olpin and Tyler Gillett in the past for Ready or Not. Additionally, Weaving revealed in a 2020 interview with Collider that both Bettinelli-Olpin and Gillett initially hoped to cast her in 2022’s Scream.

Despite scheduling conflicts preventing Weaving’s involvement in the slasher requel, it now appears as though the modern-day scream queen is looking to etch her name into Scream franchise history. And she’ll certainly have plenty of female-empowering back-ups, considering fans have already received their first glimpse at franchise veteran Courteney Cox’s return as Gale Weathers — not to mention the possibility of Emma Roberts returning to the classic franchise.