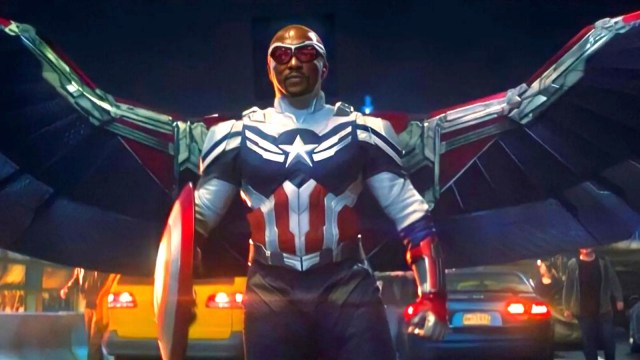 Following last weekend’s earth-shattering San Diego Comic-Con panel, we’ve got a much clearer idea of how the Multiverse Saga is going to shake out, with Phase Five being rounded out by Captain America: New World Order and Thunderbolts, which are releasing less than three months apart on May 3 and July 26 of 2024.

Having been announced the very same day The Falcon and the Winter Soldier cemented him as the Marvel Cinematic Universe’s new star-spangled superhero, The Cloverfield Paradox director Julius Onah will call the shots on the fourth standalone Captain America movie and first with Anthony Mackie in the lead, but any and all plot details (bar the inevitable inclusion of Bucky Barnes) remain shrouded in mystery.

That hasn’t prevented Redditors from putting forth their own hopes, dreams, expectations, theories, and hearsay about what they want to see happen in New World Order, though, and some interesting points are being made.

The recurring theme is that Captain America 4 will impact Thunderbolts in major ways, which is admittedly fairly obvious given their proximity to each other on the schedule. In a shocking turn of events, many commenters are pushing for John Walker to get a sizeable role in New Word Order, which makes complete and utter sense in a number of canonical and storytelling ways, even if it’s a far cry from his days as the MCU’s most hated newcomer.

One of the most intriguing suggests that Julia Louis-Dreyfus’ Val introduces the Thunderbolts as government-sponsored Avengers equivalent having weaseled her way into a position of power, which could ultimately lead to the OG Earth’s Mightiest Heroes banding together to put a stop to it. We’ve got two years to go, so this is only the tip of the Captain America: New World Order speculative iceberg.