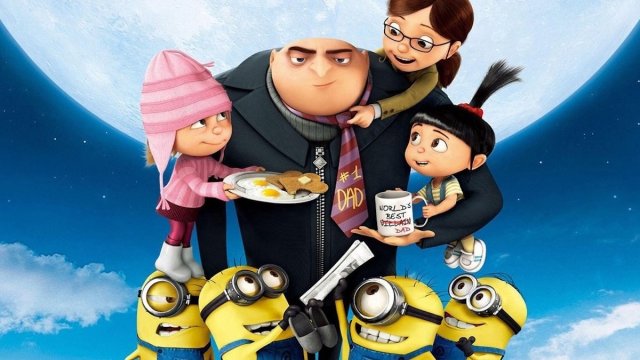 The Despicable Me franchise has been steadily growing for years, unseating other animated heavy-hitters to become the highest-grossing animated film franchise of all time.

The latest release in the franchise is already doing great numbers, and more is yet to come. The franchise appears to be far from finished with Gru and his brightly-colored minions, and is already planning ahead for future releases. As audiences head to theaters to enjoy the latest entry in the franchise, the previous films are also on the rise on viewing platforms. Audiences are swarming to the wealth of minions content ahead of their own scheduled Minions: The Rise of Gru screenings, in hopes of catching up on the story thus far. Here’s how to enjoy each of the films in the Despicable Me franchise, in order of release.

The film that started it all still holds up spectacularly. The very first Despicable Me release dazzled audiences back in 2010, and continues to do so more than a decade later. The film subverts the typical hero trope by instead orienting its story around an ambitious villain, one who’s set his sights on a very lofty goal: stealing the Earth’s moon. In the process, he employs the help of three adorable children — Margo, Edith, and Agnes — who are initially intended as pawns, but eventually become family to the nefarious Gru. Fans looking to stream the OG Despicable Me film can enjoy it with a subscription to Peacock, or rent it on Amazon Prime for $1.99.

The first Despicable Me was hugely successful, particularly for an animated flick, and prompted the studio behind the surprise hit to return to the story with a sequel. The second film is almost as popular as the first among audiences — a rare thing for sequels — thanks in large part to the stellar cast. The movie features the return of Steve Carell as Gru, alongside stars like Kristen Wiig, Russell Brand, and Steve Coogan. It follows Gru as he attempts to adjust to a non-villainous life as a father and caregiver, and is widely lauded as one of the better sequels out there. It is currently streamable with a Peacock subscription, or can be rented at the same cost as the first from Amazon Prime.

The first-ever Minions spin-off was far less popular than the films that preceeded it, but it remains a top pick for many young audiences. The film sees the first Despicable Me entry to depart from Steve Carell’s Gru, instead shifting its focus to the pill-shaped, gibberish-speaking minions that exist to serve the “most despicable master around.” Reviews for the film largely label it a flop, but also largely ignore the audience these films are clearly intended for: children. While adults may find minion-centric films to be an utter drag, kids generally seem to like them. Plus, it once again boasts a bafflingly stacked voice cast, with heavyweights like Sandra Bullock, Jon Hamm, and Michael Keaton lending their voices to the film. And thankfully, with streaming, parents can toss the film on and walk away. Minions is harder to locate on streaming than the first two Despicable Me films, but can be rented from Amazon Prime for as low as $1.99.

One of the lowest-rated entries in the Despicable Me franchise, the third entry in the initial series sees the return of Steve Carell, Kristen Wiig, and the debut of South Park‘s Trey Parker. The film continues the evolution of the Despicable Me franchise, as former villains work to maintain order and prevent new villains from enacting chaos. It also delves much deeper into Gru’s family tree, and, despite criticism of a “convoluted” story and dull plot, remains a favorite among its intended audience — particularly for its sticky, gum-coated final fight. Like Minions, it is absent from Peacock’s streaming library, but can be rented from Amazon Prime for $1.99.

The most recent entry in the Despicable Me franchise adds Gru into the Minions mix, likely in hopes of leaning on Steve Carell’s talent and star power to avoid another entirely minion-centric film. It follows Gru in his youth, as he begins his journey toward a villainous future, and adds in the extremely talented Michelle Yeoh and a surprise appearance from Jean-Claude Van Damme to add even more celebrity clout to the mix. Rise of Gru is already more popular than either of its direct predecessors, with reviewers largely praising it for its “goofball nonsense” and for its appeal to younger audiences. As of yet, there are no streaming options for Rise of Gru.

A fourth Despicable Me film is already in development, and slated for a July 2024 release. Not much is known about the film thus far, but fans of the franchise can delight in the fact that more is yet to come.

If the wealth of options listed above still doesn’t manage to scratch that Despicable Me itch, there’s plenty more where that came from. On top of the five already-released films, the franchise boasts a number of short films, television specials, and even a video game adaptation.