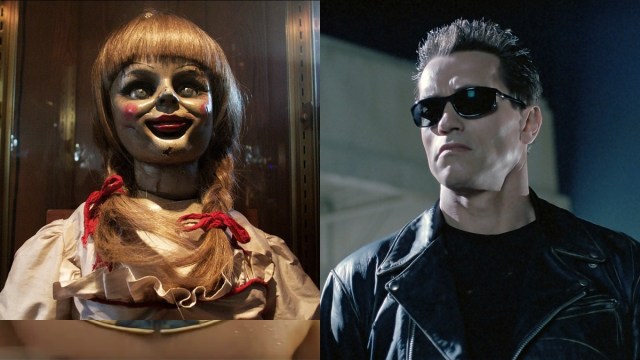 Without a doubt, James Wan’s list of accomplishments make him one of the most successful filmmakers of the modern era, but upcoming horror M3GAN has added “certifiable viral sensation” onto what was already a lengthy list of accolades.

Not content with launching the single highest-grossing horror franchise in history through The Conjuring Universe, as well as fellow billion-dollar behemoth Saw, Wan is currently in the midst of putting the final touches on Aquaman and the Lost Kingdom, the hotly-anticipated sequel to the top-earning DC Comics adaptation in history.

All that, and we haven’t even mentioned Fast & Furious 7‘s mammoth haul at the box office, which makes him the only person other than James Cameron to have helmed a pair of 10-figure hits hailing from different properties.

And yet, it’s M3GAN that the world can’t stop obsessing over, with Jason Blum even dressing up as the murderously lifelike doll for a Halloween party, while the trailer captured the imagination of the internet in mind-blowing fashion. In an interview with Empire, Wan dished some new details on the project, and it sounds as though we’re getting the “Annabelle meets The Terminator” mashup we never knew we wanted.

“It’s Annabelle meets The Terminator. That soon goes off the rails. I’m fascinated by things that are meant to be innocent, but become more… malign.”

Gerard Johnstone might be the one directing, but with Wan taking a story credit and producing alongside Blumhouse, it’s a team-up of genre titans that’s capable of making mouths water. On top of that, it’ll also give us an indication of how the duo will gel together as a creative force following the news they’re combing their respective might to make a super-studio designed solely to scare the sh*t out of audiences.