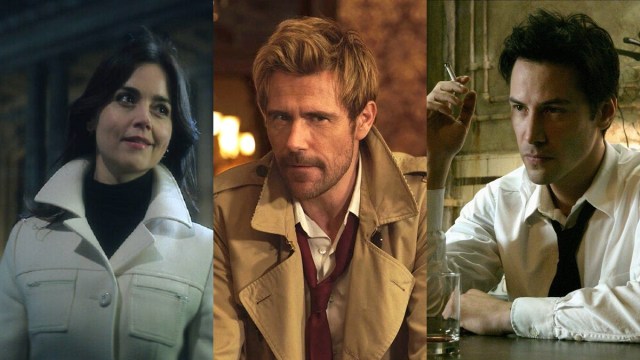 In a turn of events that came out of the blue, Warner Bros. confirmed Keanu Reeves would be fulfilling a long-held dream of his by returning for a Constantine sequel, almost 20 years after his one and only outing as the occult investigator hit theaters.

While plenty of fans have been holding out hope for this very project the entire time, there were plenty of other DC supporters who were less than thrilled, especially when Francis Lawrence’s decent-sized box office success is getting a second installment before Zack Snyder’s Man of Steel.

It marks the third live-action iteration of the character we’ve seen, and naturally, the announcement ignited vociferous debate among longtime readers and viewers familiar with both Constantine and one of his most iconic supporting players. In fact, hundreds upon hundreds of Redditors have piled in to try and decipher which combination of ol’ John and Lucifer is their favorite, and things have been getting unsurprisingly heated.

Keanu Reeves and Peter Stormare shared a couple of exchanges in the Constantine movie, but Matt Ryan’s wildly popular stab at the character only shared a solitary scene with Tom Ellis’ Lucifer, which came during the Arrowverse’s Crisis on Infinite Earths crossover event.

Jenna Coleman’s Johanna and Gwendoline Christie’s ruler of Hell are yet to cross paths, but hopefully that changes in a future season of The Sandman, with Netflix still creating consternation by refusing to confirm or deny a renewal is on the cards. By the time Constantine 2 arrives, we’ll have our answer )and maybe even a green light for season 3), and then the discourse can reignite.