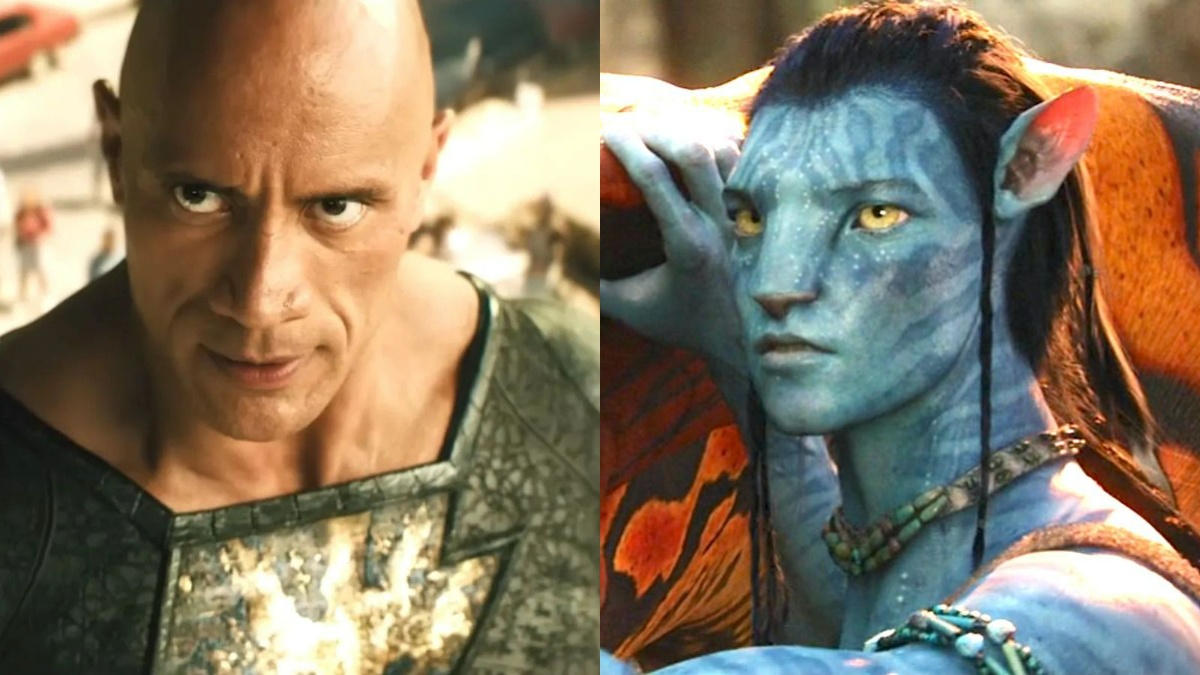 With Black Adam totally failing to change the hierarchy of power, Dwayne Johnson must be looking for a new franchise to call his own. Although, if you ask the internet, he’s already boarded one of the biggest sci-fi series of all time and he’s just — in a first for The Rock — forgotten to tell us. Elsewhere, Doctor Who fans receive yet another reason to be excited for the show’s bright future as at least one of the old-school DCEU stars looks set to return under James Gunn and Peter Safran’s reign.

Everyone’s dreaming Dwayne Johnson into Avatar: The Way of Water, the one franchise he’s bound never to enter

Forget who he might play in the MCU, the Marvel universe’s greatest rival seems to have already snapped up Dwayne Johnson, at least that’s according to the internet. Yes, it seems a lot of folks are betting their lives on the fact that The Rock turns up in the world’s current biggest movie, Avatar: The Way of Water, for a brief cameo. That’s ironic as this is the one franchise The Rock’s almost guaranteed never to enter, given that his old nemesis Vin Diesel looks to be boarding Avatar 3.

David Tennant, Catherine Tate, and more are coming back for Doctor Who‘s 60th anniversary celebrations later this year, but the returning characters won’t stop there as we head into Ncuti Gatwa’s tenure in the TARDIS, which is already shooting. With season 14 filming, it’s been announced that Jemma Redgrave is once again back as Kate Lethbridge-Stewart, the U.N.I.T. head who’s previously appeared in Matt Smith, Peter Capaldi, and Jodie Whittaker’s eras. Whovians are really being spoiled right now.

Evidence mounts that at least one old-school DCEU hero will live on in the shiny, new DCU

While the Snyderverse Justice League might be out on their (super-hearing) ears, it seems one OG DCEU star will get to keep their job in the rebooted DCU. Social media detectives have spotted that Zachary Levi and his partner are currently vacationing with new co-CEO of DC Studios, Peter Safran, and his wife. Given that the Fury of the Gods star has previously indicated that his close friendship with both Safran and Gunn would keep him in employment, Shazam! stans likely have nothing to worry about.

Stranger Things‘ Sadie Sink could be joining the X-Men, but not as the character you’d think

Hopping over from DC to the MCU, the Stranger Things cast are about to have more free time on their hands after the conclusion of the Netflix super-hit, so it wouldn’t be surprising if Marvel snapped a bunch of them up. At the top of the pile is Sadie Sink, who has become the #1 fan casting choice for Jean Grey. And it just so happens that the latest rumor points to Sink being on the studio’s radar for their X-Men reboot… albeit as a character much more obscure than Jean. We’ll have to see how this one pans out…

Beam back here tomorrow, Dwayne Johnson deluders, for your next shipment of sci-fi news.