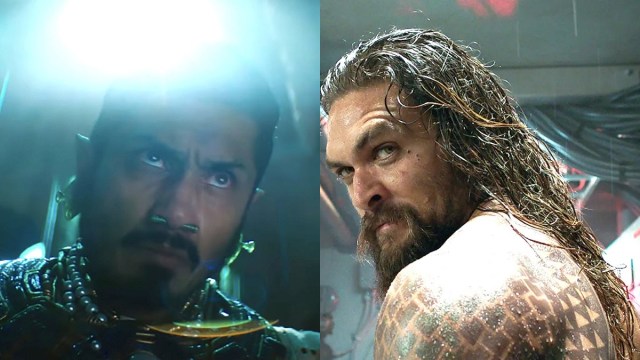 The worst-kept secret in superhero cinema was finally confirmed in an official capacity when Tenoch Huerta took to the stage at San Diego Comic-Con and dropped the first details on his Black Panther: Wakanda Forever villain Namor.

Of course, those to have been following the development and production of Ryan Coogler’s sequel would have known for a long time that the Narcos: Mexico star was bringing the Sub-Mariner to life, but the response to the first teaser trailer could be drastically undersold as rapturous. However, it didn’t take long for the Marvel Cinematic Universe’s ruler of Atlantis being compared to a certain someone with a similar title over at DC.

Jason Momoa’s Aquaman holds the distinction of headlining the comic book outfit’s highest-grossing release ever, and he’s got a sequel of his own swimming into theaters in March of 2023. That gives us two Atlantean superheroes taking over the box office within the space of four months, with Redditors not wasting any time in comparing and contrasting the two.

Thankfully, it didn’t take long for someone to mention The Boys‘ octopus-humping alumni The Deep to complete a trifecta of aquatic icons, which would make for quite the unusual crossover were Namor and Aquaman to discover what the Seven member has been doing with the citizens of their underwater kingdoms.

Wakanda Forever‘s principal antagonist will be very different from Momoa’s Arthur Curry in as many ways as possible to avoid the comparisons, but most things boil down to Marvel vs. DC on the internet eventually, so it’s not as if this is an argument that’s going to be going anywhere between now and next year.