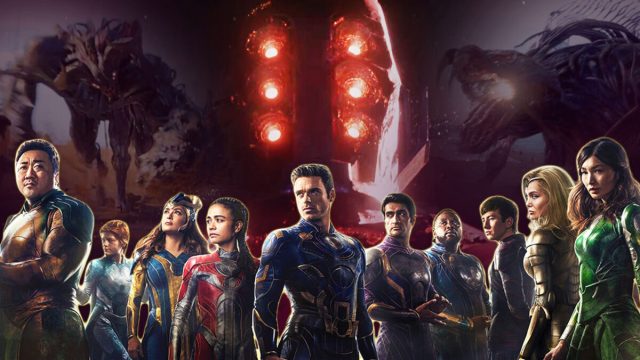 The longer the wait goes on, the more folks will start to grow concerned about the titular team’s long-term prospects, especially when Shang-Chi and the Legend of the Ten Rings has a sequel in development, with Destin Daniel Cretton’s martial arts fantasy actioner releasing a matter of weeks before Chloé Zhao’s elegiac epic.

Black Panther: Wakanda Forever and the introduction of Namor has been pinpointed as a destination for Eternals’ third act to be properly addressed in the MCU for the first time given how it f*cked up the ocean, but Redditors are now wondering if and when Arishem and the rest of the judgemental Celestials will make their presence felt.

It’s a neat idea to have a looming cosmic threat keeping an eye on Earth in the event that another judgement is required, and while that doesn’t mean we should expect Arishem to pop up from time to time to drop some sass on the MCU’s cabal of costumed crimefighters, the intergalactic oddity is at least in the storytelling back pocket ready to pulled out as needed.

It would be a real shame were Eternals to wind up as a one-and-done effort, but perhaps the best we can hope for is some elements of the mythology making their way into the mainline MCU should the worst case scenario unfold, because the cosmic side of the saga is only going to keep growing.