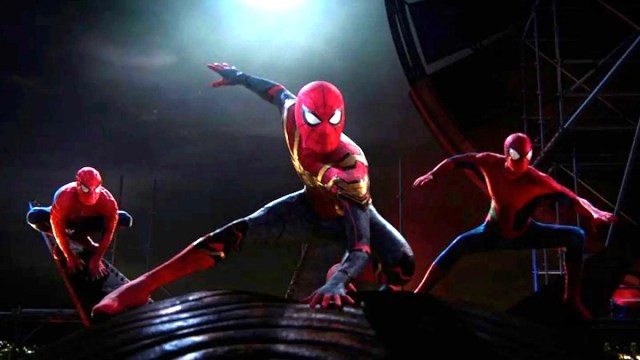 After Marvel Studios producer Kevin Feige announced Phase 6 during Comic-Con, fans became curious about who would appear in Avengers: Secret Wars. But out of the potential heroes that came to mind, fans wondered if the iconic Spider-Man trio from Spider-Man: No Way Home would team up once more.

Reddit user u/phantom_avenger asked the community on r/MarvelStudios if the iconic Spidey-trio would make a return once Phase 6 comes to an end in the final two films.

Some fans believed they would, thanks to a past interview that Andrew Garfield did. But fans are left confused due to the mixed information as to whether or not Garfield would like to play the friendly-neighborhood superhero one more. I guess it’s up to Marvel Studios to invite all of them back for one last team-up.

Others believed that the Spidey-trio was a once-in-a-lifetime event. They also thought that having all three return for Secret Wars would not have a similar impact compared to Spider-Man: No Way Home.

For those who have no idea what the Secret Wars is about, it’s a Marvel event where our heroes have to save the multiverse from collapsing due to a massive incursion. Heroes from Earth-616 and beyond will work together to save the day before all is lost. Fans began using the ‘have you read Secret Wars‘ argument to argue with those who believe that the Spidey-trio is just a one-time event.

There is a split among fans as to whether Garfield and Maguire would return for Secret Wars. For one, it would be an epic inclusion, especially since they did reference Miles Morales in No Way Home. An epic team-up with all the Spider-Men would be amazing. But on the other hand, having them reappear once more would probably be not as epic compared to when they first arrived.

But regardless of who appears in Avengers: Secret Wars, seeing all our favorite heroes team up for one epic battle would definitely make fans go wild.

Avengers: Secret Wars will be released in 2025.