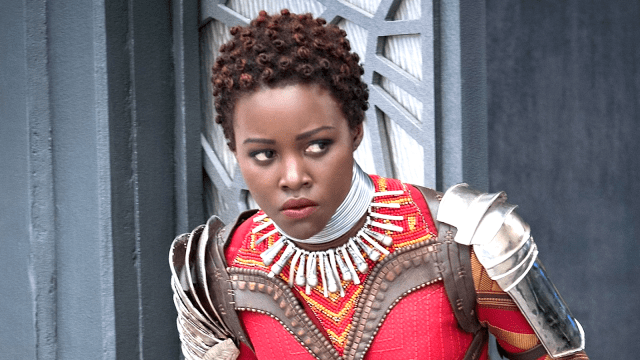 Although we’re still waiting on another trailer to follow the teaser we got at July’s SDCC, a new batch of promo images for Black Panther: Wakanda Forever do at least give us a further taste of what we have waiting for us when the Ryan Coogler sequel enters theaters this November. Specifically, the photos unveil fresh looks at some returning favorites as well as a couple of much-anticipated fresh additions.

Among those showcased in the pics, which you can peruse at your leisure via the gallery below, include Winston Duke’s M’Baku, Angela Bassett’s Queen Ramonda, and Lupita Nyong’o’s Nakia. Fans will also be intrigued by the new glimpse at Aneka, the incoming character played by Michaela Coel. Then there’s Riri Williams aka Ironheart (Dominique Thorne), here depicted as teaming up with Nakia and in the presence of Ramonda. Another image is a behind-the-scenes shot showing Coogler directing the Dora Milaje.

As first shared in the latest issue of Empire Magazine, these photos definitely help us gain a little more insight into how Riri fits into the picture. Ahead of her very own Disney Plus series, the engineering prodigy will clearly get pretty close with the women warriors of Wakanda, which will no doubt help her on her own road to heroism. Marvel’s still trying to keep the lid on her Ironheart armor, although early merch has already given us a good taste of what we can expect from that.

There’s a lot riding on this one. Not only is it the final entry of Phase Four, which has hardly been the most consistent MCU era, it also has to follow up the 2018 Oscar-nominated origins movie. And, most of all, Wakanda Forever has to honor the legacy of the forever-missed Chadwick Boseman. With any luck, Black Panther 2 will manage to exceed all these expectations just the first film did once it releases on Nov. 11.