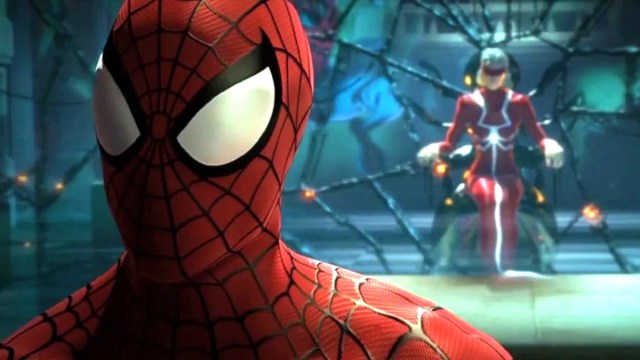 Even though filming has been underway since the summer, Madame Web has done a remarkable job of keeping specifics under wraps, especially when you remember it’s a Sony production.

The studio has gained a level of online infamy for happily dropping huge spoilers from its own movies with reckless abandon, but we still don’t know who the majority of the cast members are playing in the February 2024 release. Set photos did appear to confirm that Tahar Rahim is set as Ezekiel Simms, but everything else remains entirely up for debate.

However, one thing we can now confirm with the utmost certainty is that Madame Web will boast some of the worst facial furniture you’re ever likely to see in a superhero blockbuster, with new snaps showcasing Adam Scott giving off the vibes of a low-rent Wolverine cosplayer.

The rumors have hinted that Scott and Emma Roberts will be playing younger versions of Ben and Mary Parker, with the entire plot said to revolve around the desire to protect an unborn Peter at all costs. Taking the basic concept of The Terminator and applying it to Sony’s notoriously inconsistent catalogue of Marvel Comics adaptations sounds like a brave move to put it lightly, but it does at least pique a certain amount of curiosity.

Terrible mutton chops or not, we’ll be very curious to discover the identities of the rest of the ensemble, even if the rampant release of grainy on-set images has allowed us to build a loose outline of Madame Web in our minds.