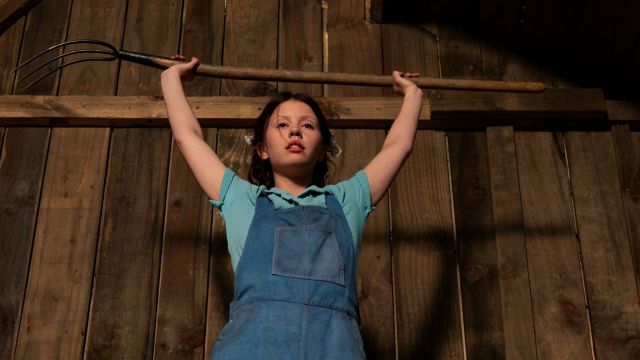 Mia Goth has confirmed herself as the new scream queen for the 2020s, as Pearl makes a sizable splash at the box office.

The prequel to Ti West’s divisive horror flick X has made a name for itself within its opening week, fueling the fire of 2022 being a year for non-franchise films. Off a reported budget of $1 million, the sequel has grossed $6 million domestically making its money back comfortably before any international release.

Pearl’s predecessor X was a similar success with a $1 million budget, grossing $14 million worldwide (with $13 million in the United States). Audiences seem to be enjoying a fresh slasher franchise coming out, with Ti West confirming a threequel is indeed in the works.

Goth’s performance has been highlighted by critics with a 9-minute monologue getting plenty of praise. After beginning her career in the controversial Lars von Trier film Nymphomaniac, she’s gone on to star almost exclusively in horror or (suitably) gothic films such as A Cure for Wellness.

It’s a testament as well to a new wave of horror which has been kick-started by the likes of The Witch and Hereditary, as 2022 as seen A24 release several horror films outside of the “prime month” of October. While Pearl will probably not mount a challenge to Halloween Ends for highest-grossing horror film of the year, it feels far more likely to leave an impact culturally.

Pearl is currently in cinemas, with its sequel MaXXXine in early pre-production with Goth and West returning.