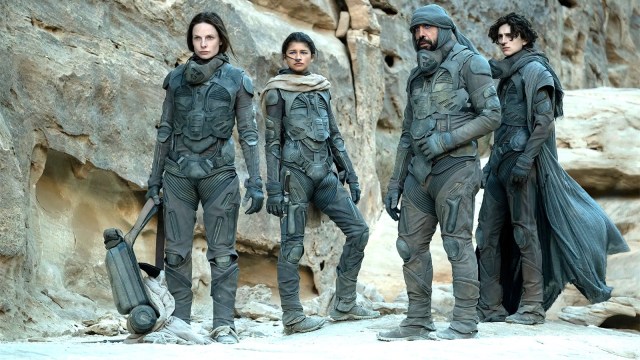 Denis Villenueve’s Dune was one of last year’s biggest success stories, earning $401 million at the box office amidst rave reviews from critics and audiences, ultimately going on to win six Academy Awards from 10 nominations, all while drawing in bumper viewing figures on HBO Max.

The second half of the sprawling sci-fi epic was confirmed after the first film’s opening weekend, and we’ve got every right to expect Part Two to fly significantly higher. After all, blockbuster sequels are back to tearing up the box office, and that’s without Villenueve having to worry about streaming subscribers eating into theatrical takings, either.

Then, when you add Florence Pugh, Austin Butler, Christopher Walken, and Léa Seydoux to an already stacked cast, November 2023 can’t get here soon enough. Thankfully, we know that cameras are officially rolling, after the franchise’s official Twitter account confirmed as much.

Looking at how the likes of Top Gun: Maverick, Doctor Strange in the Multiverse of Madness, Thor: Love and Thunder, and Jurassic World Dominion have performed this year, it wouldn’t be unreasonable to expect Dune: Part Two to at least double the box office total of its predecessor, especially when sequels to popular hits almost always tend to earn more money.

Should it secure another raft of Oscar nominations, too, then you get the sneaking suspicion that Villenueve’s ambitions to craft a third entry in the saga will become much more than a pipedream once Legendary and Warner Bros. have counted the profits, but we’ll cross that bridge when we get to it.