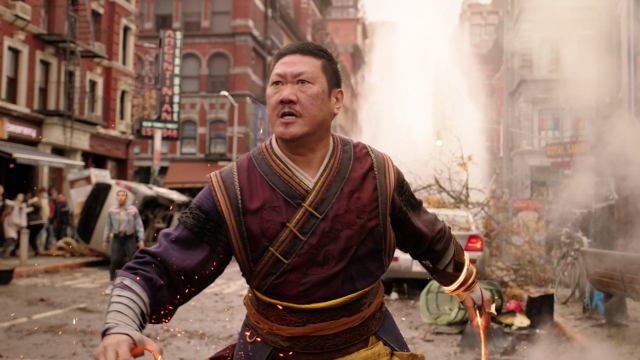 Whether you’re part of the Wongtourage, a stoic supporter of the Wong Cinematic Universe, or you’ve only been dipping your toes into the water for Phase Wong, there’s no denying who the MVP of the MCU’s latest expansion has been so far.

Fans simply can’t get enough of Benedict Wong’s Sorcerer Supreme, which is just as well because he’s set to follow up his appearances in Shang-Chi and the Legend of the Ten Rings, Spider-Man: No Way Home, and Doctor Strange in the Multiverse of Madness with another guest spot in Disney Plus series She-Hulk: Attorney at Law.

Giving the hero of the masses his own solo project seems like an inevitability at this point, with Wong more than happy to lend his backing to the waves of support being drummed up and thrown in his direction. However, one hot take over on Reddit has generated a heated debate, after the question was posed about whether or not Wong should be ousted as Sorcerer Supreme in the wake of the events at Wundagore.

One of the most salient points made in the comments poses the question of who exactly it is that Wong reports to. Sure, he was appointed as the Sorcerer Supreme during Stephen Strange’s half-decade in purgatory, but he’s the guy in charge of Kamar-Taj at the end of the day, and you can be damn sure he’d make an excellent argument for his actions in telling Wanda Maximoff about Wundagore, which worked out in the long run when she decided to bring the whole place down on top of her head.