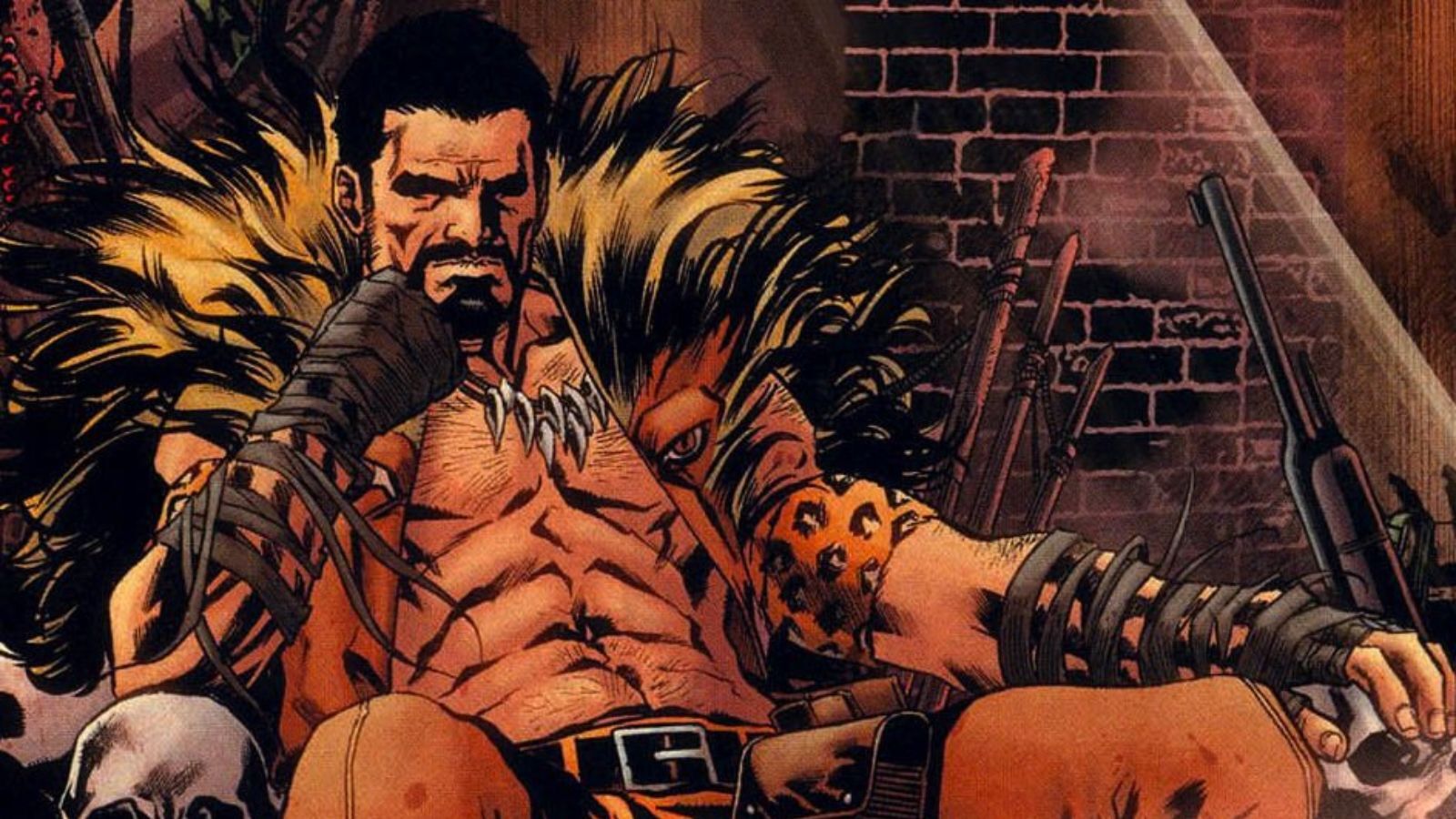 There has been an ongoing trend lately where Sony Pictures attempt to turn the Spider-Man villains into anti-heroes. We’ve seen it twice with both Venom and Morbius, which led to mixed results amongst both critics and audiences. This trend doesn’t seem like it’s going to stop any time soon, as it was reported that Sony plans to make major changes to their next “anti-hero” film, Kraven the Hunter.

In a report by Forbes, Kraven The Hunter, one of Spider-Man’s foes in the comics, will essentially become “Kraven the Animal Lover”. This change is particularly odd if you consider that in the comics, Kraven was known to take down animals. Not to mention, his design in the comics looked like someone who kills animals for a living. This isn’t new, since Marvel has been changing details and backstories for some characters such as Ms. Marvel.

Aaron Taylor-Johnson, the actor who will play Kraven, told Forbes that Kraven is an “animal lover and protector of the natural world”. Forbes described the major changes that will be made for Kraven as “some sort of Poison Ivy-but-with-animals” and that he will just be a “hunter against hunters”.

“This new idea for the movie version sounds like they’re turning Kraven into some sort of Poison Ivy-but-with-animals, and I can almost guarantee you the cold open of this movie is going to be like, Kraven hunting down a bunch of poachers in the African safari somewhere before they can hunt endangered animals. The idea being that he’s still a hunter just…a hunter of hunters”.

More details about what the live-action film will be about were revealed during the CineEurope Conference in Barcelona. Taylor-Johnson spoke with Variety after the Sony presentation as he described Kraven as “Spider-Man’s number one rival”.

“One of Marvel’s most iconic, notorious anti-heroes — Spider Man’s number one rival. Not an alien, or a wizard. He’s just a hunter, a human with conviction. An animal lover and a protector of the natural world. He’s a very, very cool character. Unlike other Marvel movies, this one is shot entirely on location.”

Only time will tell if this new version of Kraven will be loved by fans and movie-goers. But it seems like Marvel fans aren’t having it as they’ve already begun to roast the changes made for this character. For now, don’t get your hopes up thinking that he’s the same guy from the comics.

Kraven the Hunter is scheduled to be released in theaters on Jan. 13, 2023.