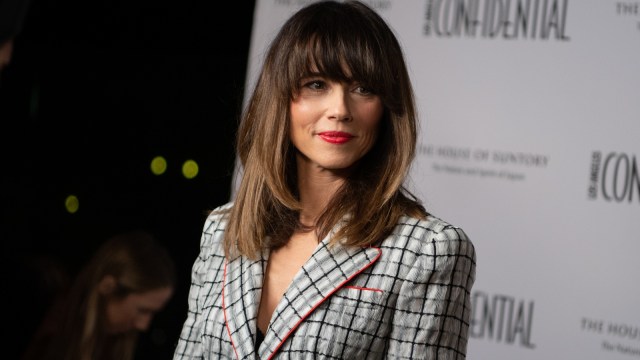 After many years of anticipation, the third and final season of Dead to Me is now streaming on Netflix, bringing an end to the acclaimed Netflix black comedy. The series has rightly earned its two leads, Christina Applegate and Linda Cardellini, endless acclaim. If you’ve already binged the last episodes and are looking for more of these actresses, what else should you check out?

If you’re after more Christina Applegate roles, we’ve got you covered there, but if you’re looking for more of Linda Cardellini on your screens then keep on reading. The 47-year-old actress has been part of the industry since her late teens in the mid-1990s, proving her immense range again and again by assuming every kind of role over the decades, be it in a Hollywood blockbuster or a short-lived TV series.

Whittling down her filmography to just her finest offerings is a tough job, but we’ve nonetheless given it our best shot. Here are the best Linda Cardellini movies and TV shows you need to watch.

Cardellini has been hanging around the MCU since 2015’s Avengers: Age of Ultron, but she sadly hasn’t always been given much to do in her role as Laura Barton, wife of Jeremy Renner’s Hawkeye. Although she most recently showed up in the Hawkeye TV series, her standout Marvel appearance has to be Avengers: Endgame, with the actress featuring in the event movie’s heart-wrenching opening scene.

If we’re talking the Cardellini character with the best name, then that award would definitely go to Chutney Windham from the iconic Reese Witherspoon comedy, Legally Blonde. Chutney is one of Cardellini’s more unlikeable parts, as the spoiled socialite—spoilers incoming—turns out to be the killer of Elle’s murder case, which our heroine solves by combining her legal know-how and expertise on haircare.

It’s possible for even a diehard Gravity Falls fan to be totally unaware that Cardellini was in the beloved Disney animated series, but that she was. The actress voiced the series regular Wendy Corduroy, the uber-cool teen employee of The Mystery Shack who 12-year-old Dipper has the biggest of crushes on. Cardellini does a great job transforming her voice for this role, imbuing Wendy with a lot of spirit and confidence.

Who remembered that Cardellini used to be on ER? Those who skipped out after the long-running medical drama’s first few years might be unaware that she was around for the whole last third of its existence, starring as Samantha Taggart from season 10 through 15. She was a tough and assertive character who juggled her career as a nurse (and later doctor) with her status as a single mother. Over her five years on the show, Sam went through some truly crazy storylines.

From Greek Book to Capone, Linda Cardellini is often typecast in Hollywood as the wife or love interest character in movies that focus on a male protagonist. The absolute best example of these kind of roles for her is Brokeback Mountain, the western-themed LGBTQ+ movie that focuses on the love story between Heath Ledger and Jake Gyllenhaal’s cowboys. Cardellini plays the supporting part of Cassie, a waitress who embarks on a short-lived romance with Ledger’s Ennis.

There aren’t enough movies out there with Cardellini in the lead, so we have to champion this little-remembered indie drama. Return follows Kelli, a reservist returning from military duty in the Middle East to her Midwestern town. Although she hopes to settle back into her old life, Kelli struggles to adjust to how her husband, her kids, and everyone she knows has changed, not to mention herself. Cardellini delivers a truly powerful performance that was rightfully applauded by critics.

This is where it all started for Linda Cardellini. Even 22 years on, folks still remember Freaks and Geeks, the tragically short-lived teen comedy-drama that helped launch the career of its talented young cast, which also included Seth Rogen, James Franco, and Jason Segal. Cardellini’s Lindsay Weir is at the heart of the show as the former straight-A student finds new friends and discovers her inner rebel slacker.

Another one of Cardellini’s roles that is just as iconic today as it ever was is her pitch-perfect turn as Velma Dinkley in the live-action Scooby-Doo movies, 2002’s Scooby-Doo and 2004’s Monsters Unleashed. Not only did she achieve a spot-on impersonation of the brains of the Mystery Inc. operation from the cartoon, Cardellini also managed to imbue Velma with a dose of vulnerability and insecurity that helped add a little bit of texture to these larger-than-life family films.

Is Cardellini’s best character Judy Hale? She may well be. What makes Dead to Me such a great watch is the chemistry between its two leads. Christina Applegate’s tough-as-nails Jen is perfectly counterbalanced by Cardellini’s Judy, a bubbly woman with a hug for everyone. She’s able to smile her way through anything, even covering up the murder of her ex-husband. Life gets even harder for Judy in season three, and Cardellini rises to the occasion spectacularly.