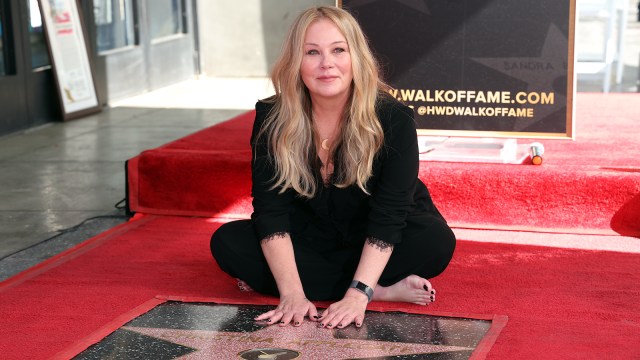 Netflix’s hit show, Dead to Me aired its third and final season today, Nov. 17, and while the dramedy may be over for good, the real question is whether its stars, namely, Christina Applegate, have any projects lined up next.

The road to Dead to Me’s final season has been an arduous one. Even though the show was renewed for a third season in May 2020, the COVID-19 pandemic and a life-changing medical diagnosis in Applegate’s personal life caused several delays and a two-year gap between seasons.

Applegate, 50, was diagnosed with Multiple Sclerosis (MS) while in the middle of filming the third season of Dead to Me. The autoimmune disease largely impacts the brain, the spinal cord, and the optic nerves, resulting in disruptions in communication between the brain and body, making it understandably challenging to be on set. The show went on hiatus for five months to allow Applegate the time she needed to treat her diagnosis, and while people hoped she’d return, nothing was guaranteed.

“There was the sense of, ‘Well, let’s get her some medicine so she can get better,’” said Applegate in an interview with The New York Times regarding the unspoken feeling directly following her diagnosis. “And there is no better. But it was good for me. I needed to process my loss of my life, my loss of that part of me. So I needed that time.”

Applegate was determined to finish out the season, she says. “I had an obligation to Liz and to Linda (the show’s creator and Applegate’s costar), to our story. The powers that be were like, ‘Let’s just stop. We don’t need to finish it. Let’s put a few episodes together.’ I said, ‘No. We’re going to do it, but we’re going to do it on my terms.’”

It doesn’t take a sharp-eyed fan to notice the difference in Applegate’s appearance this season. “I put on 40 pounds; I can’t walk without a cane. I want people to know that I am very aware of all of that.”

Applegate’s physical limitations resulted in subtle changes to the script, but almost none involved the story; just minor adjustments to Jen’s movements, such as leaning on a door frame and filming fewer walking shots. The stakes were higher than ever this season and regardless of her prognosis, Applegate and co-star Linda Cardellini pulled out all the stops, delivering a rare and entertaining combination of wrapping a show up nicely but not necessarily neatly.

Does Christina Applegate have any projects lined up after Dead to Me?

Due to her medical condition, it’s unclear how much time Christina Applegate will devote to recovery before returning to work, if at all. Currently, she has one project lined up, a TV movie called Your Time Is Up, which is currently in pre-production, according to her IMDb page.

Whether or not Applegate will follow through with Your Time is Up remains to be seen, but based on her interview with The New York Times and her first public address since being diagnosed with MS, it seems she already has her hands full.

While receiving her star on the Hollywood Walk of Fame recently, Applegate struggled to stand for long periods of time, indicating that any and all acting work is not possible at this time. Knowing her personality, if asked whether or not she’s working right now or has any plans on working in the future, we can already hear her saying, “what do you think? I’m using a cane for Christs’ sake.”

We wish Christina Applegate all the best on her road to recovery. We will keep you updated with any developing news in the meantime.