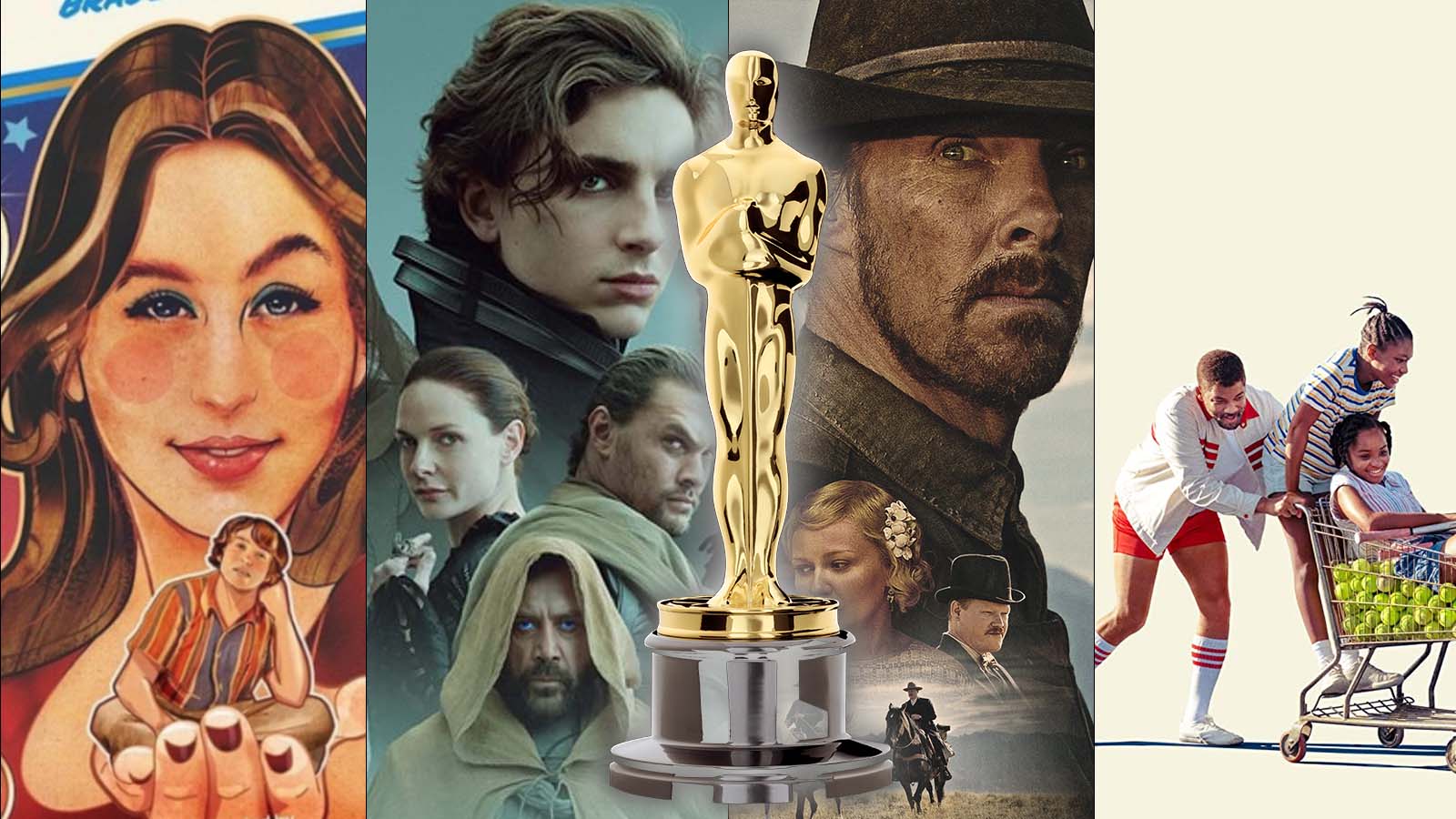 The 94th Academy Awards take place on Sunday, March 27, getting our full list of nominees on Tuesday. It was a rough night for Spider-Man: No Way Home fans, with the lauded web-slinging adventure scoring just a single nomination for special effects. Other than that, most of the major nods were as predicted, though Lady Gaga being snubbed for House of Gucci is going to hurt for a while.

But Oscar night can come with its fair share of upsets. In recent years, movies like Parasite and Moonlight have triumphed over much flashier competition and this year should be no exception. So, in this article, we’ll look at the four major categories (Best Picture, Best Director, Best Actor, and Best Actress) and figure out which wins would cause the most chaos.

The metric we used for this incorporates any potential controversy surrounding the movie and the betting odds being offered.

The frontrunner: The Power of the Dog

The upset: Don’t Look Up

By far the most controversial pick for Best Picture would be Adam McKay’s Don’t Look Up. This Netflix original was released in December to brutal reviews and is currently certified “rotten” on the Tomatometer at 56%. But many have considered this a classic case of the critics missing the point combined with some sour grapes at the film deftly skewering the media.

Since its release, Don’t Look Up has seen a rapid reappraisal, as leading environmentalists published pieces saying depiction of a trivia-obsessed media that ignores the science is painfully accurate. It’s also become a big word-of-mouth hit on social media, as friends urge each other to ignore the reviews and see the movie, resulting in it becoming Netflix’s second-most-watched movie of all time.

“I’ve just never experienced anything like that, where it’s almost like a button is pushed and then it just injects into upwards of 500 million people, and seeing responses from countries all around the world. Seeing these responses of people just saying, ‘Yes, I feel this too. Yes, this is what I’ve been seeing,’ that was really an incredible moment.”

The Academy could see a Best Picture award as an opportunity to set the record straight, though it’d be met with howls of anger from many newspaper columnists and climate change skeptics.

The frontrunner: Jane Campion for The Power of the Dog

The upset: Ryusuke Hamaguchi for Drive My Car

In 2019, the Academy defied predictions by awarding Bong Joon-Ho’s Parasite Best Picture, Best Director, Best Original Screenplay, and Best International Feature Film. Reactions were mixed: Parasite deserved the awards, but President Donald Trump waded in to complain that the awards were out of touch and promoting movies nobody had seen.

If the Best Director award goes to Ryusuke Hamaguchi, we may see a repeat of that reaction (minus, of course, the Trump tweets). The meditative three-hour-long Japanese drama about a theater director struggling to process the death of his wife is about as arty as the Academy gets. On top of it, it’s safe to say most of those watching will have never heard of Hamaguchi as his previous movies haven’t gotten much attention outside Japan.

Somehow I doubt the Academy will be able to resist handing Jane Campion the award. She’s had a long and successful career, The Power of the Dog was a beautiful movie, and (perhaps more cynically) the Academy knows her winning will generate good press. If Hamaguchi wins it out from under Campion, expect drama.

Best Actor in a Leading Role

The frontrunner: Will Smith for King Richard

The upset: Javier Bardem for Being the Ricardos

Will Smith is by far the favorite here. We’ve known for years that he can flex his dramatic muscles when necessary, but even when he delivers an award-worthy performance, the film as a whole lets him down. Smith has previously scored Academy nods for Ali and The Pursuit of Happyness, both of which received mixed reviews. But King Richard is critically acclaimed and he’s the best thing in it.

This is a closer category than most, but the upset would be Javier Bardem in Being the Ricardos. Aaron Sorkin’s drama about Lucille Ball and Desi Arnaz didn’t get glowing praise from critics in December, with the consensus being that it was good. though didn’t capture Ball’s and Arnaz’s star power. Bardem received praise for his performance as Arnaz, though he’s by some distance got the longest odds of winning.

Best Actress in a Leading Role

The frontrunner: Kristen Stewart for Spencer

Kristen Stewart has been turning heads and winning gongs for her portrayal of Princess Diana throughout this awards season. If she picked up the Best Actress, she’d be a worthy winner, as her Diana resonates as recognizable without becoming a caricature.

Meanwhile, Penélope Cruz is, at 66/5 odds, practically out of the competition per oddsmakers. I’m not entirely sure why her chances are so low, as Parallel Mothers is great, she’s won for Vicky Cristina Barcelona, and was nominated for Nine and Volver.

Stewart still has a lot of fans out there from her Twilight days and they’ll be gnashing their teeth if she goes home empty-handed.

Beyond the big four, there are a bunch of nominees in other categories that’d raise eyebrows by winning. Animated Danish documentary Flee triumphing over Encanto, Luca, and Raya and the Last Dragon would be a major upset for Disney. The dark romantic comedy The Worst Person in the World beating Drive My Car would annoy cinephiles. Coming 2 America becoming an Oscar-winning movie at all would raise some giggles. And, finally, Van Morrison winning an Oscar for Best Song would make a lot of people furious due to his promotion of COVID-19 conspiracy theories (as well as upsetting the Beyhive.)

However, any of the above would be overshadowed if the Academy read the wrong name out for Best Picture again. But they’d never let a screw-up like that happen twice… would they?

We’ll find out at the 94th Academy Awards on Sunday, March 27.