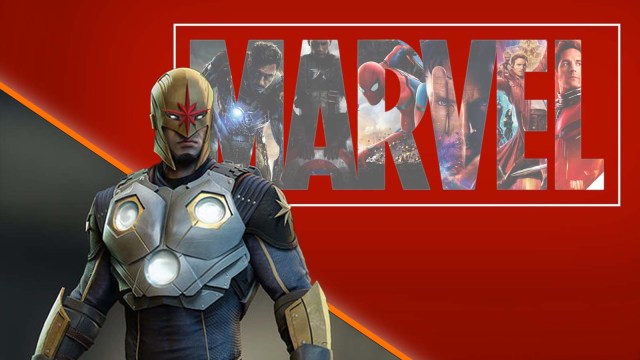 There’s no rule that says an actor can’t be a part of both the Marvel Cinematic Universe and the DCEU, something that history has proven to be true countless times over.

Ryan Reynolds, Michael Keaton, Chris Evans, Christian Bale, Josh Brolin, Taika Waititi, Hugo Weaving, and Idris Elba are just some of the names to have boarded both of Hollywood’s marquee comic book monoliths at one stage or another, but it would nonetheless be a turn-up for the books if a newcomer to one franchise simultaneously scored a key part in the other.

According to the rumor mill, that’s exactly where Cobra Kai star Xolo Maridueña finds himself right now, with his DCEU debut in Blue Beetle set to arrive next summer, at the same time he’s being heavily linked to Marvel’s in-development Nova project that was first announced a while back.

However, in an interview with ComicBook on the Black Adam red carpet, the rising star admitted that he’s aware of the scuttlebutt, but he’s not exactly putting much stock into it.

“I’ve heard that one before. And look, DC is the first one to pull the trigger on, ‘let’s have a Latino superhero.’ So they’re talking the talk and walking the walk. If that Nova project gets made soon, I’d love to see if there is a Sam Alexander Nova, I would love that. Getting more people in the door. We’ll see what they do.”

As mentioned earlier, plenty of talent have worked on both sides of the divide, but rarely in what would be described as a “marquee” role – with the possible exception of Reynolds playing both Green Lantern and Deadpool. With that in mind, it seems unlikely Maridueña will be the one to bring Nova into the MCU at long last.