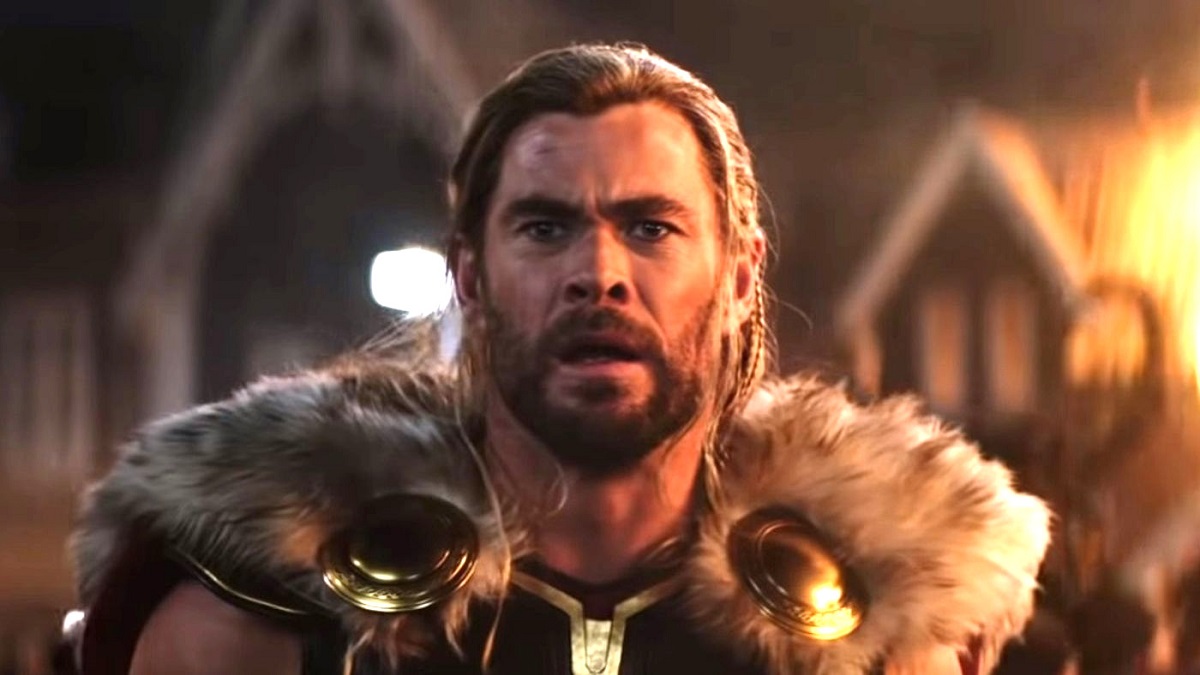 Thor: Love and Thunder has had the exact opposite trajectory of its forebear, Thor: Ragnarok. Taika Waititi’s first MCU outing was immediately a hit upon its arrival, with its estimation only growing after its release to boot. Meanwhile, Love and Thunder was already controversial upon coming out this past summer and now, six months later, it’s become the biggest punching bag of Marvel’s entire Phase Four lineup. And its suffering from fresh bruises after a “psychotic” background detail has been discovered.

Twitter user @NandovMovies has spotted a poster for a fictional heavy metal band decorating the walls of Axl’s bedroom. So what’s the name of this band that Heimdall’s son is apparently a fan of? “Mad Titans”… as in the nickname for Thanos. You know, the purple tyrant who murdered Heimdall in cold blood. Needless to say, this bit of set dressing makes Axl look a little unhinged…

Obviously, for those fans who are always looking for any kind of stick to beat Love and Thunder with, this only provided fresh evidence that Waititi’s second Marvel film is beyond defense.

Apparently, this tiny easter egg has led some to lose faith in the director’s entire filmography.

You may recall that this isn’t the first dubious set detail that fans have spotted in Love and Thunder. An ice cream parlor opened by Valkyrie in the movie is called Infinity Conez, another crass nod to Thanos’ apparently rib-tickling apocalyptic antics. But, hey, maybe there’s a deeper reason for these seemingly callous cultural developments.

Alternatively, perhaps the New Asgardians’ approach to the tragedy of the Blip is just an example of “viking warrior spirit.”

Is this psychotic or just metal AF?

There are various ways of interpreting this detail, then, other than “Taika Waititi hates Marvel,” but at this point Thor: Love and Thunder definitely isn’t doing itself any favors.