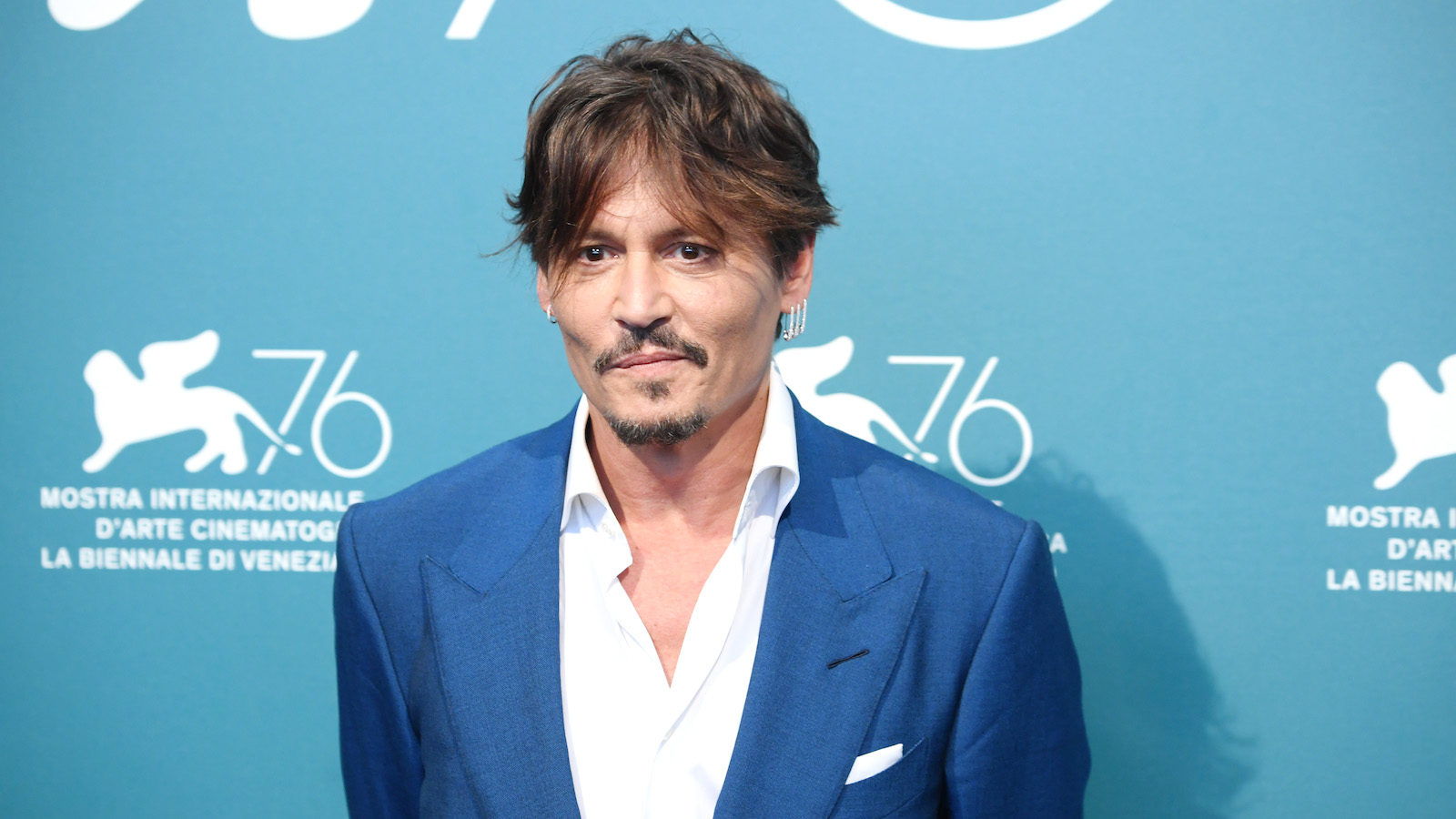 With Marvel introducing more and more of their characters with each passing Marvel Cinematic Universe project, it’s only a matter of time before the entirety of Hollywood has a role in the MCU. Pirates of the Caribbean star Johnny Depp has yet to play any super-powered character whether Marvel or DC. Could he be one of the next actors to debut in the MCU?

Whether or not Johnny Depp will join the MCU or land any large projects in the future is currently up in the air. Due to allegations of abuse from ex-wife Amber Heard, and the controversy surrounding the actor, Johnny Depp has not been in a blockbuster film since 2018, with Fantastic Beasts: The Crimes of Grindelwald which was directed by David Yates. Depp was recast for the 2022 film Fantastic Beasts: The Secrets of Dumbledore, which David Yates also directed.

Who would Johnny Depp play in the MCU?

Disney has no plans for any Johnny Depp-led Pirates of the Caribbean movies, opting to produce different films in the franchise with likely less costly actors like Margot Robbie. Disney produced many films with Depp in them that went on to great financial success like the Pirates of the Caribbean movies and the Alice in Wonderland movies. If public perception is leaning in Johnny Depp’s favor, and he doesn’t demand too large of a sum for starring in a film, you could surely see him join the MCU. So who would he play?

Sebastian Shaw is a member of the Hellfire Club, an enemy of the X-Men. Shaw was introduced in X-Men #129 and he was created by Chris Claremont and John Byrne. Shaw was the main villain of the first X-Men reboot, X-Men: First Class, which was released in 2011 and directed by Matthew Vaughn. In that film, Shaw was played by Kevin Bacon, where he shared his comic book counterpart’s powers to absorb energy.

Johnny Depp would be a good pick for the suave and affluent Hellfire Club leader, as he played a similar character in Tim Burton’s Dark Shadows in 2012. While the film was a comedy and Depp’s character, Barnabas Collins, was a vampire, you can see how Depp might play a character like Shaw through that performance.

One of the main Doctor Strange villains from the comics, there seemed to be a good chance that we might have seen Nightmare make his debut in Doctor Strange in the Multiverse of Madness. Nightmare was created by Stan Lee and Steve Ditko in Strange Tales #110, which was released in 1962. Nightmare is a demonic being who can trap people’s astral forms while they sleep.

Doctor Doom or Victor Von Doom to his friends, is the main villain of the Fantastic Four. Doctor Doom’s first appearance was in Fantastic Four #5, which was written by Stan Lee with art by Jack Kirby and was released in 1962. Doom is the ruthless ruler of Latveria and an extremely powerful magic user. After being scarred in an accident, Doom wears a suit of armor and an iron mask to hide his face.

Nathaniel Essex, also known as Mister Sinister, first appeared in Uncanny X-Men #221 in 1987, and he was created by Chris Claremont and Marc Silvestri. Mister Sinister is an X-Men villain who is an expert in cloning, born in Victorian-era England. The character failed to appear in any live-action X-Men film, but as the MCU is poised to introduce mutants, it seems like an opportune time to introduce the character.

While comic book fans might want to see somebody bigger play the cloning tycoon, Depp could pull off the stuck-up supremacy of Mr. Sinister. He has also had multiple roles in which he does an English accent so we know that part of the role will not be a problem.

The son of Zeus, Hercules was introduced in Marvel Comics in Journey into Mystery Annual #1 which was written by Stan Lee with art by Jack Kirby, and released in 1965. Hercules had the powers of a God much like Thor and was a member of the Avengers for a time.

The reason that Johnny Depp might be a good pick to play the Greek demigod is because of Russell Crowe’s role as Zeus in Thor: Love and Thunder. In trailers for the film, it seems that Zeus — while still powerful — has let himself go, especially when compared to Chris Hemsworth’s Thor. We could see a washed-up older version of the character appear in a future MCU movie, and Depp could play a drunk god, similar to his Pirates of the Caribbean character.

Everyone’s favorite Ragin’ Cajun, Gambit’s first full appearance was in Uncanny X-Men #266, after cameoing in X-Men Annual #14 and he was created by Chris Claremont and Jim Lee. Remy LeBeau was a mutant whose power was imbuing items with energy causing them to explode, with his signature items being playing cards. His powers made him an asset to the X-Men and the character is well-known for his romance with Rogue.

While Johnny Depp is typically older than Gambit tends to be, he does fit the look of the character well. It’s doubtful that they would debut an older version of the character first, so it’s quite unlikely that Gambit would be the best fit. But with Gambit giving off an energy that is half-Sweeney Todd and half-Jack Sparrow, it’s hard not to see Depp as the character.

Once known as Dr. Ted Sallis, the character known as Man-Thing could be a great pick for Johnny Depp to play. Man-Thing was created by Steve Gerber, Roy Thomas, Gerry Conway, Gray Morrow, and Stan Lee. Sallis merged with a magical swamp and a serum intended to be a version of the super-soldier serum, which turned him into Man-Thing. Man-Thing was made out of Swamp life and he moved quite slowly.

If Man-Thing were to be in the MCU, it’s likely he would be CGI like Groot. It’s easy to think of Depp playing a groaning swamp creature because he has a tendency to mumble when he talks, when he isn’t acting at least. It’s unlikely that the character will ever make his MCU debut because of the double entendre with his name, but if he were to, not only would Depp be a good pick, but he would also probably laugh at the name.

Johnny Depp would be a great choice for Ghost Rider, specifically Johnathon “Johnny” Blaze. Ghost Rider was introduced in 1972 in Marvel Spotlight #5, and he was created by Gary Friedrich and Mike Ploog. Johnny Blaze, a motorcycle stunt driver, became Ghost Rider after making a deal with Mephisto. Ghost Rider was played by Nicolas Cage in two films in 2007, then in 2011.

While Nicolas Cage played Johnny Blaze loud, Depp could play him cooler and more reserved. The idea of Depp on a motorcycle while wearing a leather jacket does not seem foreign, even if the flaming head might be. It would be good to introduce an older Blaze to mentor Robbie Reyes, another Ghost Rider, and if Marvel took that Route, Depp would be perfect.

Christopher Summers — also known as Corsair — was the father of Cyclops and Havok of the X-Men. He was introduced in 1977 in X-Men #104 and he was created by Chris Claremont and Dave Cockrum. After an alien Emperor killed his wife, Christopher Summers was imprisoned in a mining camp until he broke out on a spaceship called the Starjammer with other miners and formed the Starjammers, a space-pirate group.

Depp was reportedly in talks with Marvel back in 2020, and Corsair was one of the characters that he might have been meeting for. It’s obvious why he would be good for the character, as it would most likely be similar to his character in Pirates of the Caribbean, Captain Jack Sparrow. Corsair isn’t the most major character in the Marvel Universe, so unless they retool his origin when they introduce mutants in the MCU, it’s unlikely that Depp will play him.

The character that Marvel fans have been begging for since Wandavision, Mephisto would be an excellent pick for Johnny Depp. Mephisto first appeared in Silver Surfer #3 in 1968, which was written by Stan Lee with art by John Buscema. Mephisto is a demon who is able to manipulate events on Earth and does so multiple times throughout Marvel history.

While Mephisto in the comic books is usually a firey red demon, it’s likely that if Mephisto were to be in the MCU, he would just be an enigmatic man (or woman) in a suit. This would be something more akin to Peter Fonda’s version of the character in Ghost Rider. Depp would be a good choice for the character as he has no trouble coming off as likable, while also being able to play menacing. If Mephisto were to be the next ‘big bad’ of the MCU, Johnny Depp would be a good choice.

There are a wealth of characters that Johnny Depp could play if he joined the Marvel Cinematic Universe, with this list only having ten possibilities. His acting talent would surely be welcomed in the MCU if his controversies were to cease. Whether or not Depp will ever become the box office draw he once was is yet to be seen, and only time will tell.