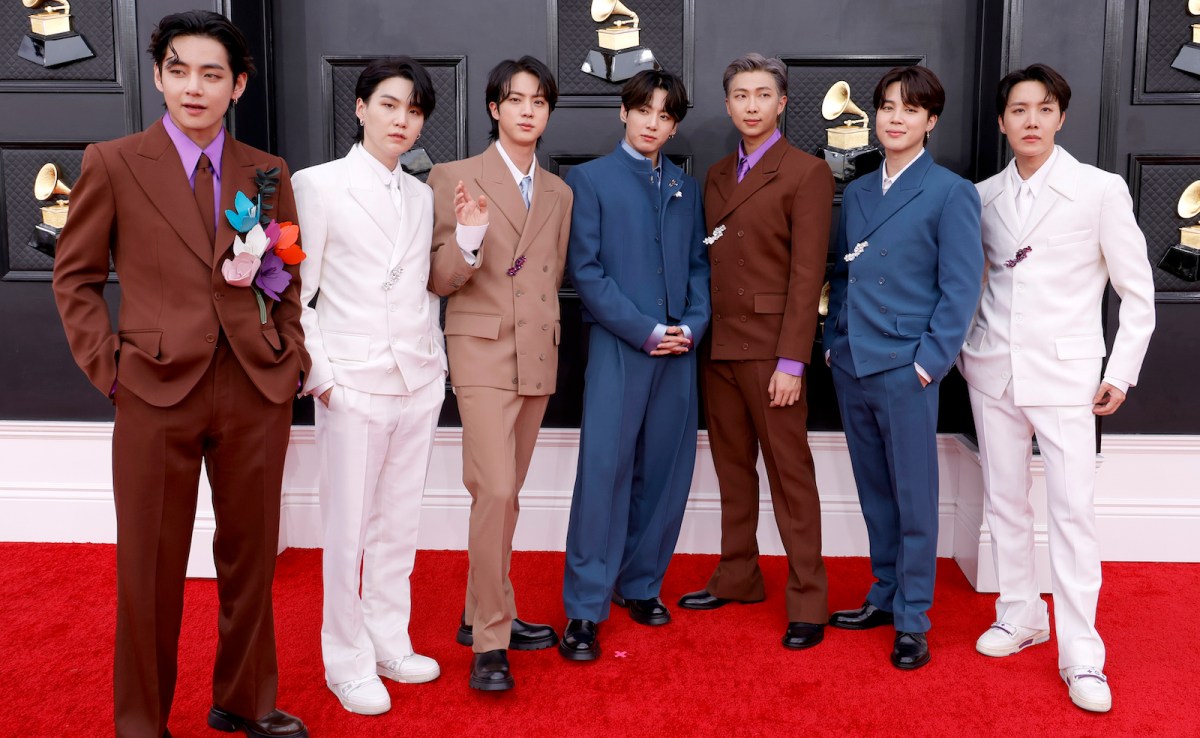 Disney Plus has officially started promotional efforts for the platform’s new BTS documentary series called BTS Monuments: Beyond the Star.

During Disney’s Asian content showcase in Singapore on Wednesday, the Mouse House released a video of the seven BTS members talking about the show in more detail than had been done since its announcement back in July.

Disney announced their collaboration with the South Korean band over the summer, which would include a concert film called BTS Permission to Dance On Stage – LA, a reality series called In the Soop: Friendcation featuring BTS member V and some of his actor friends, like Parasite‘s Choi Woo-shik and Park Seo-joon, and the docu-series.

Friendcation came first in July, with Permission to Dance on Stage following soon after in September. The video released on Wednesday is the first news that fans have heard about the docuseries since, so here is everything we know so far about BTS Monuments: Beyond the Star.

When does it release?

Although there is no specific release date just yet, fans can expect BTS Monuments: Beyond the Star in early 2023. The docuseries has most likely already been filmed, given the fact that the band’s oldest member Jin will be enlisting in the military to complete his conscription on Dec. 13th.

The docu-series is part of HYBE’s plan to guide fans through BTS’ current break from producing and promoting music as a group. Although creatively, they are currently working apart on their respective solo projects, the band and their team have a series of projects lined up to keep fans engaged and happy.

In addition to Beyond the Star, BTS has been releasing episodes of their variety show Run BTS sporadically, as well as a series of photo folios whose art direction was carried out entirely by the members. Fans can look forward to more of that content while they wait for the docuseries to drop on Disney Plus!

While we don’t know the release date, we do know some more details about Beyond the Star thanks to the video shared during Disney’s showcase.

The docuseries will be the fourth of its kind in BTS’ catalog, following 2018’s Burn the Stage, 2019’s Bring the Soul, and 2020’s Break the Silence. All three of those documentaries accompanied the backstage of BTS’ tours while revealing the members’ more vulnerable and reflective sides, as they talked about their experience in the band, their bond between one another and both the positives and negatives of becoming the world’s biggest act.

Beyond the Star is expected to follow the same kind of format, but instead of focusing on a specific moment in the band’s career it will provide a journey through their ten years together. The series will feature “unprecedented access” to content from BTS from music to video, NME has reported.

In the exclusive video, BTS’ SUGA reveals that the docu-series contains “stories of our growth and our music from our debut to today.” However, the Disney Plus production will also follow the members over the past year as they prepare for their “second chapter”. We are assuming this entails an exclusive look at how they came to the decision to take a break from group activities in the summer, and at how they have been navigating the process of creating music as solo acts.

V also said that Beyond the Star will share “candid stories” of the band “that have never been told.”

BTS Monuments: Beyond the Star will be available to stream exclusively on Disney Plus. Although In the Soop: Friendcation was first only made available in six countries (South Korea, India, Indonesia, Japan, Malaysia, and Thailand) as a way to cater to the platform’s Asian market, before releasing globally, Beyond the Star is expected to follow Permission to Dance On Stage – LA‘s lead and release worldwide.

According to NME, ARMYs around the world will also be able to enjoy a documentary focused on BTS member j-hope, and his experience making his first official solo album Jack in the Box. The album came out back in July, but the documentary does not have an official release date as of yet. It will also feature footage of the backstage of j-hope’s history-making concert at Lollapalooza 2002 in Chicago, and the album’s star-packed listening party.

Make sure to catch up on BTS’ first three docuseries while you wait for Beyond the Star. Burn The Stage is a YouTube Premium exclusive, while Break The Silence and Bring The Soul are available as paid content on Weverse.