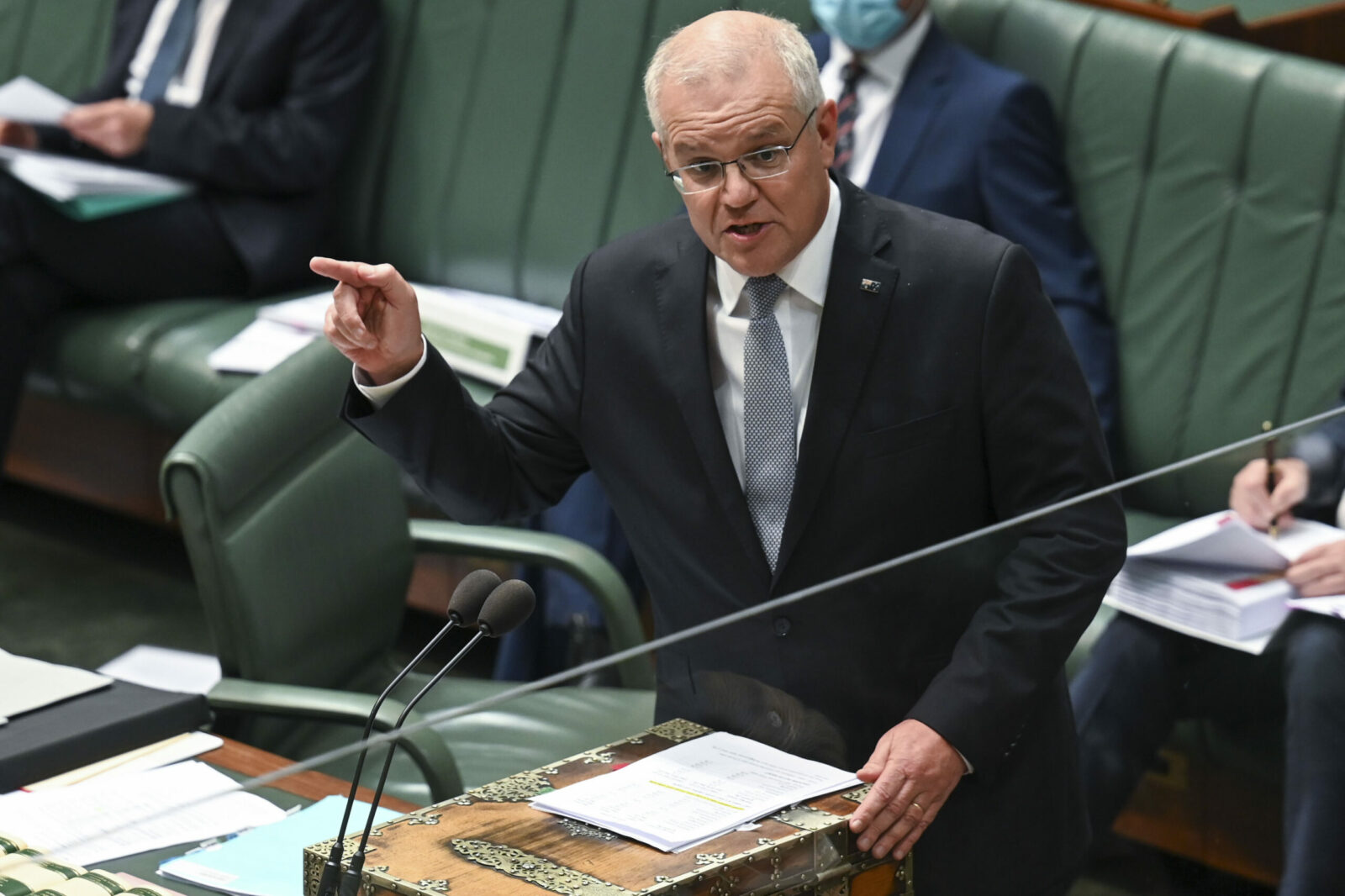 Instead of announcing a date for this year’s Australian election or further addressing the recent floods devastating parts of the country, Australian Prime Minister Scott Morrison has weighed in on #SlapGate — the Oscars altercation between Will Smith and Chris Rock.

Scott Morrison, also known as ‘ScoMo’ to the locals, talked about the Oscars incident on Brisbane Radio. The Prime Minister said that he “understands” why Smith slapped the comedian during the event as he too is ‘deeply defensive” to anyone who talks about his wife, Jenny.

In case you somehow don’t know, Smith walked onstage at the 2022 Oscars to slap Rock, who was presenting Best Documentary Feature, after the comedian made a joke about Jada Pinkett Smith’s shaved head, a style choice made due to living with alopecia.

However, Morrison clarified that he doesn’t believe that’s “how you roll”.

“I’m also fiercely defensive of anyone who would say anything about Jenny too, so I can understand it. That not how you roll.”

Morrison’s comments did not sit well with former Australian of the Year winner and advocate for survivors of sexual assault, Grace Tame. Tame has been known to be critical of Morrison and his government, and sees his response as dangerous, believing it “encourages” dangerous people, such as sexual predators and abusers.

“Show sympathy for acts of violence using love as the excuse, sure that’s a great message from a prime minister.

“Perpetrators of paedophilia, sexual assault, domestic violence and other forms of abuse—who are already empowered—see this and are encouraged. Survivors—who are disempowered—see it and are discouraged. Messages like this are dangerous. They reinforce a stark imbalance of power.”

It’s been a big week for the PM, after the announcement of the nation’s federal budget for the forthcoming financial year, as well as parts of the country having to evacuate for the second time in a month due to unprecedented flooding. In addition, the entire country is waiting for him to announce a date for the forthcoming federal election — to no avail.

Yet somehow he has time to weigh in on the slap? Colour me confused.

According to Oscars organizers, Smith refused to leave the venue after he was asked and is now at risk of suspension from the Academy. Since then, multiple celebrities such as Jim Carrey, O.J. Simpson, and Richard Williams, have all called out Smith for his actions.