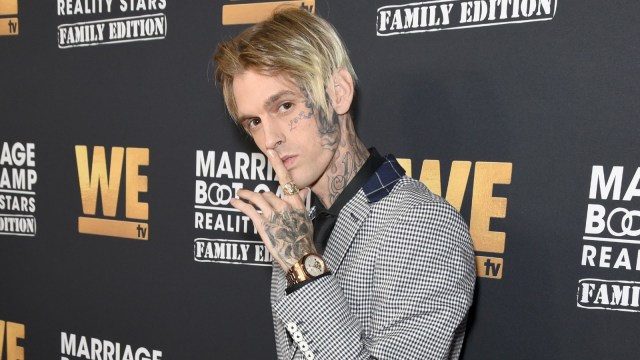 Many are currently mourning the loss of rapper and artist Aaron Carter who was found dead in his home on Saturday, aged only 34 years old. The rapper was the brother of Backstreet Boys’ member Nick Carter and had found fame very early on in life, following his brother into the music industry to great success. The band, along with Nick, paid tribute to Aaron at a London concert last night by dedicating a song to him.

Aaron’s first self-titled album sold over one million copies when he was only nine years old, with his album Aaron’s Party (Come Get It) trouncing that by selling over three million copies at the tender age of 13. It was in this year that the Backstreet Boys invited him on tour with them as one of their opening acts. At last night’s concert, band member Kevin Richardson was recorded speaking to the crown about the devastating news.

During this speech to the crowd, there was a picture of Aaron on the big screen which read, Aaron Carter 1987-2022. Nick appeared to wipe tears from his eyes as the other band members came to hug him. They went on to sing one of their newer numbers, “Breathe”. The band has been continuing on their DNA world tour which was halted back in 2020 due to the pandemic.

Nick had already addressed his brother’s death on Instagram earlier in the day, sharing photos of the two of them growing up together, acknowledging the struggles his brother had faced, and finishing with, “Now you can finally have the peace you could never find here on earth….I love you baby brother.”

It is not yet fully determined what the cause of death was, as it is too soon for the autopsy to have been released. Our thoughts are with his friends and family right now including his brother Nick and Aaron’s son, Prince.