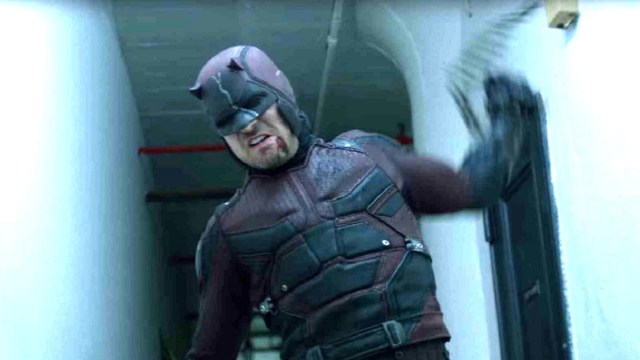 If there’s one thing Netflix’s Daredevil did better than arguably any other episodic superhero series ever made, it’s fight scenes. Charlie Cox’s Matt Murdock loves few things more than being trapped in a hallway with a handful of goons (or henchmen, as he cleared up in She-Hulk: Attorney at Law), and we can expect the show’s signature scraps to return with a vengeance in Born Again.

It simply isn’t a season-long Daredevil story unless there’s a handful of meaty fight sequences that luxuriate in long unbroken takes and camera trickery, and the pressure is on for the in-development Disney Plus reboot/continuation/reinvention (depending entirely on who you ask) to continue raising the hand-to-hand stakes.

She-Hulk teased a corridor showdown without following through, but in an interview with SlashFilm, fight choreographer Chris Brewster teased that one of his season 4 ideas that was abandoned following Daredevil’s cancellation is poised to be dusted off to deliver the good for the Marvel Cinematic Universe.

“Back when we thought that Netflix Marvel was going to be doing season 4, I had put together literally the most epic oner in history. I still have it in a notebook. I’ve got every detail from the camera movements to the choreography to wire gags that are literally pre-placed and everything and, hopefully, it works out [for] Daredevil: Born Again.”

Kevin Feige knows full well that fans won’t accept Born Again completely subverting the Daredevil formula that worked so well on a rival streaming service, so let’s hope that Brewster’s concept makes it into the show – because labeling a fight as the most epic in history is a bold call, and one we need to see.