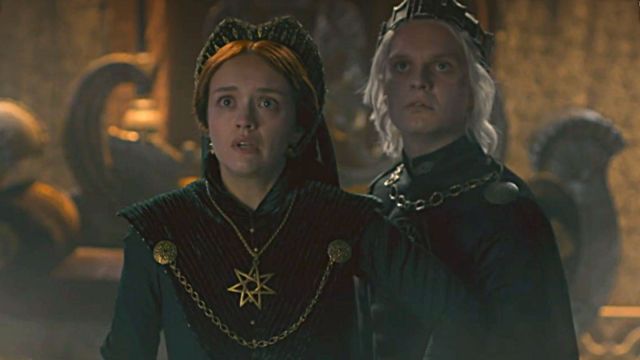 Warning: This article contains massive spoilers for House of the Dragon.

Episode nine’s ending of House of the Dragon has fans, mostly those in Team Black, all riled up over game-changing decision by a previously unsuspecting character. Luckily, staff who worked on the episode explained why the ending happened the way it did, despite knowing that things could have ended differently if gone the other way.

During the end of Episode nine, Princess Rhaenys Targaryen literally crashed the coronation of Prince Aegon Targaryen with her dragon, Meleys. She confronted the Greens with the opportunity to kill them all with a single fireball, but chose to spare their lives and fled to Dragonstone. Fans expressed disappointment as the civil war, also known as ‘The Dance of the Dragons’ could have been prevented there and then.

In an interview with the Hollywood Reporter, House of the Dragon writer, Sara Hess, and director Clare Kilner, explained why episode nine went down the way it did. According to both staff members, the reason Rhaenys didn’t scream out “Dracarys” was because she couldn’t. Hess acknowledged that incinerating all of the Hightowers while they were defenseless could have saved millions of lives, but Rhaeyns saw how Alicent was willing to sacrifice herself to protect her children, which made her change her mind.

“I think she just can’t do it. It’s not her war. The fight is between these two sides and she’s kind of not in it. She doesn’t feel like she’s the one to come in and do that. But you’re right. If she had just incinerated everybody, it’s game over, Rhaenyra wins and we’re done here. But the cost is huge. I also feel like that moment, she looks Alicent in the eye and Alicent walks in front of her kid to shield him. It’s one mother to another. Rhaenys is angry, but in her previous scene with Alicent, she respected her, even if she doesn’t agree with her. So she’s not going to kill another woman like that.”

Kilner also added that they spoke with Eve Best, the actress who played Princess Rhaenys, about the scene. According to the actress, Rhaenys saw Alicent the same way as her during the moment she confronted the Hightowers.

“We talked to Eve Best about this, and in the previous scene she felt that Alicent really saw, Rhaenys for the first time in a long time. In that moment, they’re mothers in this terrible world created by men and she can’t do it.”

House of the Dragon Episode ten teases the start of the upcoming civil war between the Targaryen and the Hightowers after Otto and Alicent attempted to steal Rhaenyra’s claim to the throne. So before the season one finale begins, catch up with episodes one to nine on HBO Max.