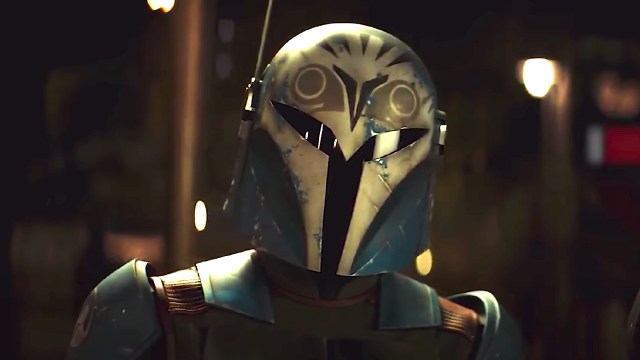 The season 2 finale of The Mandalorian was in no shortage of epic and unforgettable moments which Star Wars fans will be talking about for the foreseeable future. But Jon Favreau may’ve also hinted at where the show might go next.

After all, the narrative came to an abrupt end when the legendary Last Jedi made an appearance and took Baby Yoda away and a lot of folks are wondering what’s next for the bounty hunter Din Djarin now that Grogu is out of his life. While it seems that almost every major character is getting their own spinoff series, we know that production on a third season has been underway for some time, meaning the return of Mando is inevitable. But what he’ll get up to when he’s back on our screens is anyone’s guess at this point.

Moff Gideon and the Imperial loyalists seem to be out of the game for good since the big bad essentially burned all his resources in this past season to recapture Baby Yoda. And as for the villain himself, he’ll be spending the next few years inside a New Republic jail. So, without the Empire and a hunt for Baby Yoda, will Mando turn back to his solitary life again, or will he rise up for a cause?

During The Mandalorian‘s season 2 finale, Bo-Katan made some scolding remarks about Djarin and Boba Fett being mercenaries who are only out for themselves. And now that the titular protagonist has won the Darksaber, the ancient weapon that Bo-Katan ardently desires, the two of them may end up fighting each other over the throne of Mandalore, making her at least one of the villains for the next run.

Indeed, it seems that Favreau is setting up Din Djarin to become a savior of the Mandalorians, or at least dedicate the plot to reestablishing the once proud society. Though it’s also possible for Baby Yoda to somehow find his way back to the Razor Crest, too.

But tell us, what do you wish to see next from the highly acclaimed show? Sound off in the usual place down below.