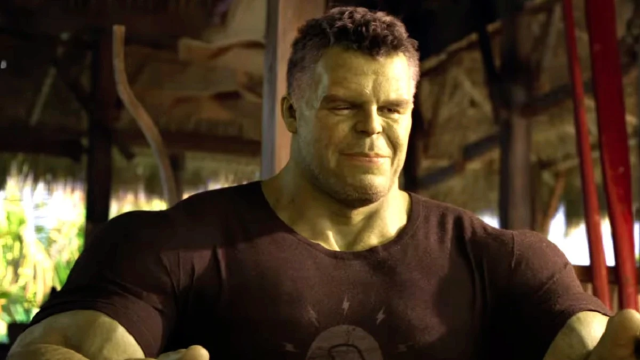 We’re now a decade on from The Avengers, and half of the original team has moved on. Robert Downey Jr and Chris Evans said their farewells in Avengers: Endgame, and Scarlet Johansson followed them out of the door in Black Widow.

Some are still happily making their way through the MCU, though, with Jeremy Renner impressing in Hawkeye, Chris Hemsworth making history with fourth solo film Thor: Love and Thunder, while Mark Ruffalo is about to mark his tenth anniversary as Hulk in She-Hulk: Attorney at Law.

Ruffalo clearly likes playing the character, with She-Hulk star Tatiana Maslany revealing to ScreenRant that he still behaves as if this is his first time.

“I feel like what surprised me the most—but also didn’t, just because I know he’s such an incredible actor—was how much he comes to set with this sense of, “Everything is new.” He just always seems to be exploring and experiencing it for the first time.”

Maslany also says she never feels as if Ruffalo is resting on his laurels.

“There’s never this sense of like, “Yeah, yeah. I’ve been doing this for 10 years, and I’m phoning it in.” He’s absolutely present. He’s always stretching that character, and he’s always listening. And he really creates this sense on set with other actors, and with the crew and everybody, of total play and spontaneity. And you know we’re both in mo-cap suits. And yet, we felt like we were just like two kids playing.”

It’s now been 14 years since The Incredible Hulk, but there may be some positive news on the horizon for the not-so-jolly green giant. Up until recently the rights to a solo Hulk project were bound up with Universal, who had first refusal to distribute any film featuring the gamma-radiated colossus as a lead character.

As such, Disney and Marvel Studios chose to tell Hulk’s MCU story in team-up movies and as a supporting character to other heroes, which has left diehard Banner stanners dismayed that he doesn’t get the focus he deserves.

That rights deal may be expiring soon, and Marvel Studios would theoretically get full control of the longtime favorite, so we’re hoping that they finally do the World War Hulk adaptation we’re all craving, possibly as a way of rounding out Ruffalo’s excellent MCU journey.

She-Hulk: Attorney at Law premieres on Thursday August 18 on Disney Plus.