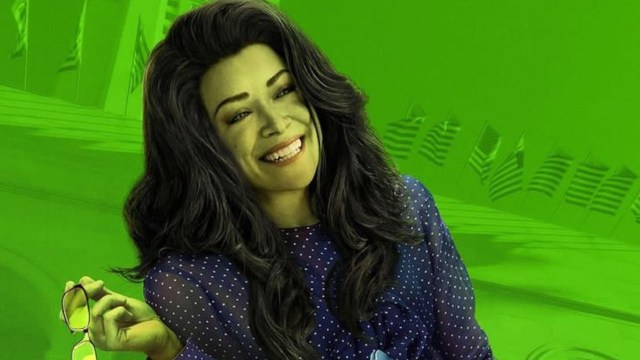 She-Hulk is one of the more fun-loving heroes out of the Marvel bunch – with the character enjoying dating, heading out for drinks, and dancing. It would appear that the dancing isn’t just confined to the screen, however, with Jameela Jamil sharing a behind-the-scenes video of herself and Tatiana Maslany throwing some moves.

Jen Walters had an iconic moment where she twerked with guest star Megan Thee Stallion in the credits scene which fans absolutely loved. None more so than Maslany herself, who revealed herself to be a huge fan of the rapper, something she infused into the character stating, “I will kill for you Megan Thee Stallion.” The musician isn’t the only member of the show that the lead has been boogieing on down with, as her co-star and onscreen enemy Jamil has proven in a video posted to Twitter.

The clip shows the two letting loose in the hair and makeup department whilst sporting their wigs from the show. It’s nice to see the two getting along in real life, as their most recent outing on the show was less than amicable. Titania decided to invite herself to a wedding (where Jen also got to have a bit of a dance around) just to mess with the attorney/superhero after she was humiliated in court not once but twice, the former where she got beat down at the hands of She-Hulk, and the latter when she lost a case against her. The ensuing fight left the superpowered “influencer” in desperate need of dental work.

Dancing isn’t the only talent that Maslany will be bringing to the table, with the actress having previously confirmed that she will also be singing two songs in one musical episode. With only three more installments left, we wonder just how soon we will get to see these talents unveiled to the world.