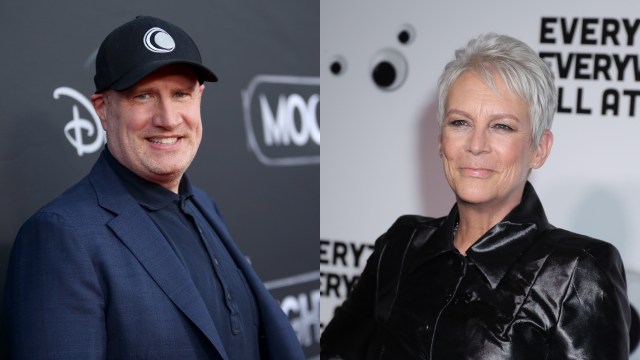 Never underestimate the cash-grabbing intrigue that is the MCU — because even big-name horror stars like Jamie Lee Curtis will eventually want a piece of the colossal pie. And even though the renowned scream queen has memorably thrown shade in the direction of Marvel in the past, she refuses to deprive herself of the opportunity to ever enter the ever-popular scope of films and television series that Marvel President Kevin Feige and his team have to offer.

While speaking with People, the Halloween Ends star revealed that her poking fun of Marvel was all in good fun, while simultaneously explaining that a movie doesn’t need to be under the MCU umbrella to be a “spectacle” that truly moves an audience. Additionally, Curtis bluntly stated she would absolutely be open to working with Marvel and finding her footing in the universe whenever the chance might present itself.

“What I was trying to talk about was it doesn’t have to be a Marvel movie in order to be a spectacle and to really move you. And you can’t have a company called Marvel without somebody making fun of it and calling it Marvel-less. I mean, I think we out-marveled Marvel.”

“I’m a collaborating artist. I work with a lot of people on a lot of different things, and if the role was interesting and if I could bring what I do to it, of course I would [work with Marvel]. What am I going to do, say no? Of course! But I would find it hard to imagine that Marvel’s going to figure out something to do with a 64-year-old woman.”

Now that we know Curtis’ true feelings, perhaps it’s time that Feige gets on the horn to strike a deal with the successful actress — and, seeing as Halloween Ends could possibly mark Curtis’ final time as Laurie Strode, now is likely the best time for these two to work out a deal.