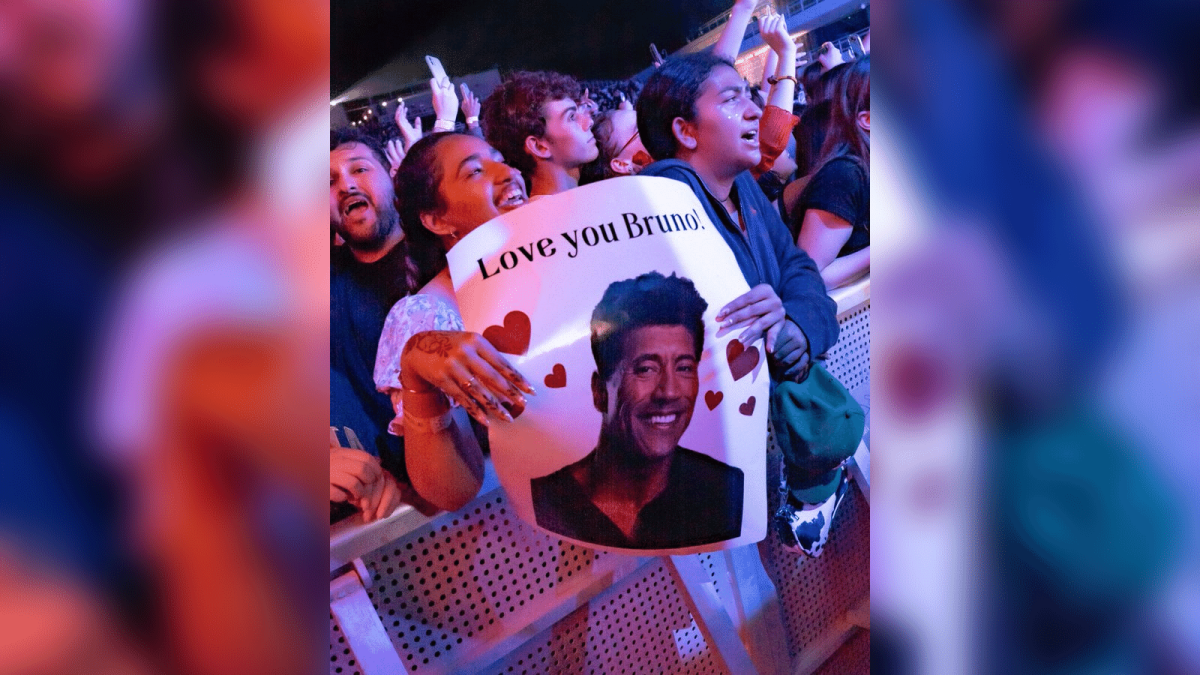 Ever noticed an uncanny resemblance between Dwayne Johnson and Bruno Mars? Neither did we, but it didn’t stop an unwitting fan of the latter of the two celebrities from bringing a poster of the former to a Bruno Mars gig in Bahrain.

Whether the poster was made in jest or by an unfortunate accident is unknown, however the Black Adam star quickly took to Twitter to reshare the image, which Mars himself had also posted in a pop star’s routine “Thanks for coming out to the gig” post:

You heard it here first – Dwayne Johnson will be joining his “little brother” Bruno Mars for the remainder of his tour. Who the main act and the supporting act is remains unclear, but regardless, it would make for a pretty sick gig if we got to hear “24K Magic” and “You’re Welcome” from Moana on the same night.

One thing that does remain certain, however, is that Bruno Mars will not be scoring himself any Grammy Awards when they roll around next year. Despite “An Evening with Silk Sonic” being packed full of absolute bangers, the collaborative effort between Bruno Mars and Anderson .Paak was withdrawn from consideration by the pair.

Meanwhile, Dwayne Johnson’s latest cinematic outing in Black Adam wasn’t overly well received by critics, but audiences seemed to have a pretty good time with it according to Rotten Tomatoes.

The one glaring red flag that remains for fans of the films is how the character will be tackled in the future of the DC Universe, taking into consideration a well-documented approach to how Dwayne Johnson tackles his film appearances before the cameras even start rolling.