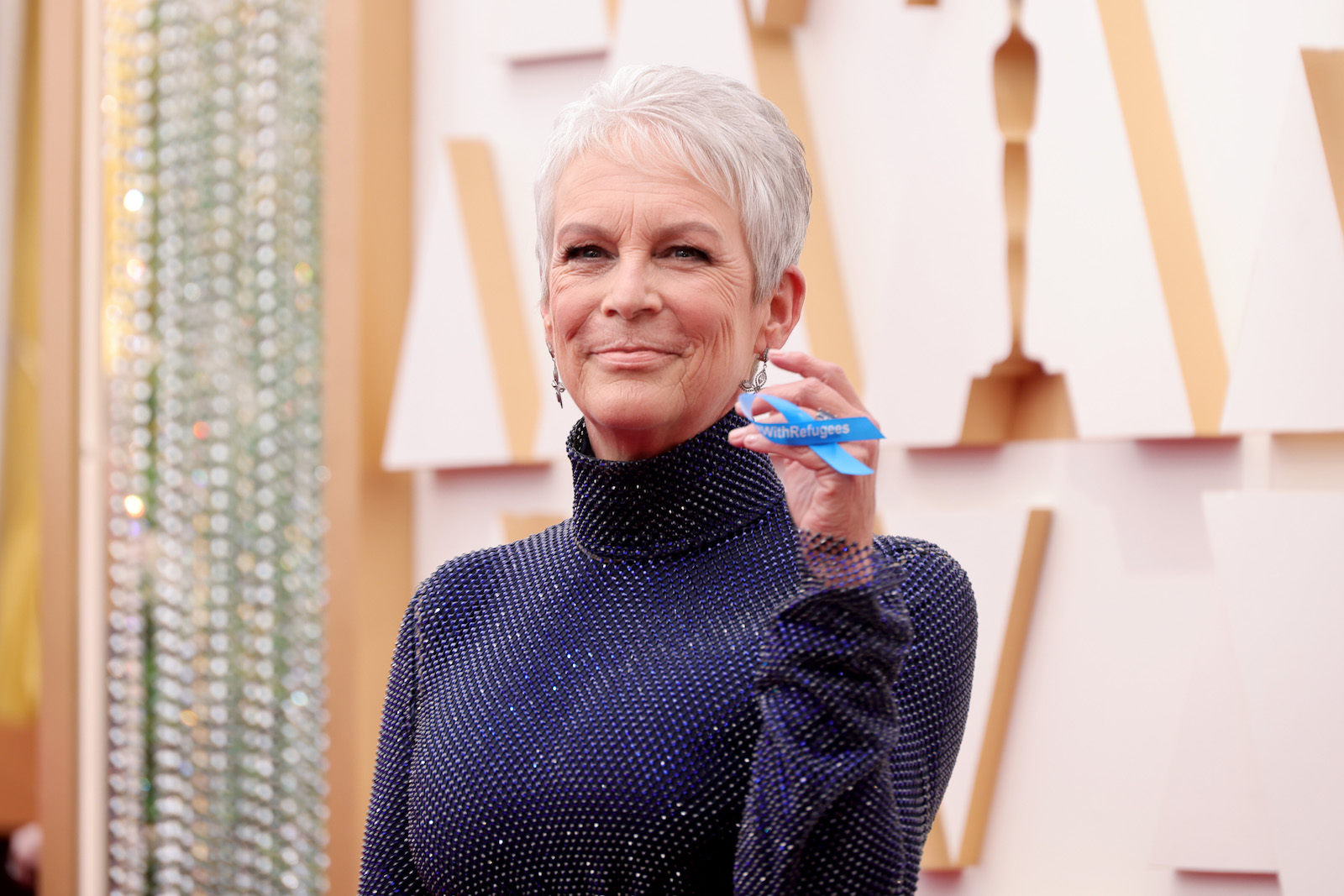 Celebrities used their time in the spotlight to address the ongoing situation in Ukraine. Some showed solidarity with the refugees, and some shared empathy for all the lives that have been lost. They weren’t alone, as many, including Arnold Schwarzenegger and Katheryn Winnick have used their platform to put a spotlight on the events unfolding.

Oscar’s producer Will Packer confirmed that there would be an acknowledgment towards ‘The People of Ukraine‘ in this year’s show, and the event had text slides saying that they stand with the country.

“We’d like to have a moment of silence to show our support for the people of Ukraine. Currently facing invasion, conflict and prejudice within their own borders. The Oscars will acknowledge Ukraine, says shows’ producer. While film is an important avenue for us to express our humanity in times of conflict, the reality is millions of families in Ukraine need food, medical care, clean water, and emergency services. Resources are scarce, and we — collectively as a global community — can do more. We ask you to support Ukraine in any way you are able. #StandWithUkraine

Here is the list of celebrities who briefly talked about Russia‘s invasion of Ukraine during the 2022 Oscar Awards.

Actress Jamie Lee Curtis appeared on the Oscars red carpet with a mission — to represent the refugee crisis and show their support for Ukraine. In an interview with Entertainment Tonight, the actress said, “…wake up and realize that this a humanitarian crisis.” She went on to say:

Paolo Sorrentino also appeared on the red carpet with a refugee ribbon. He said during an interview with Deadline that the events happening in Ukraine are unacceptable.

Despite Sykes telling the press that the Ukrainian president ‘is too busy’ to make an appearance for the Oscars, she acknowledges the support the world has given to help the country.

A few celebrities appeared on the red carpet with small accessories that showcased their support for Ukraine. Jason Mamoa was seen on the red carpet with an Ukraine themed pocket-square. Meanwhile, Benedict Cumberbatch, Yuh-jung Youn, Diana Warren, and Samuel L Jackson were seen wearing blue ribbons and pins that symbolize support for Ukrainian refugees.

Prior to the red carpet event, music composer and Oscar Winner Hans Zimmer tweeted a list of Oscar-nominated movies about displacement, and encouraged people to stand together to help refugees.

In addition to the fundraising campaign she did with her husband Ashton Kutcher, Mila Kunis vaguely spoke about the events happening in Ukraine during the award show.

During the tribute for the 50th anniversary of The Godfather, director Francis Ford Coppola and actors Al Pachino, and Robert De Niro, not only talked about the iconic movie, but the famed director ended speech by saying, “Viva Ukraine.”

Before the announcement of Best Actress, Amy Schumer briefly mentioned the “genocide in Ukraine” and women and trans people losing their rights. However, people on the internet took issue with Schumer’s mention of these important issues in the middle of a joke, and saw it as out of place and disrespectful.

During her acceptance speech for Best Actress, Chastain vaguely mentioned violence and hate happening across the world said people want to live a life without fear or violence. She expressed love and acceptance to people who feel hopeless or alone.