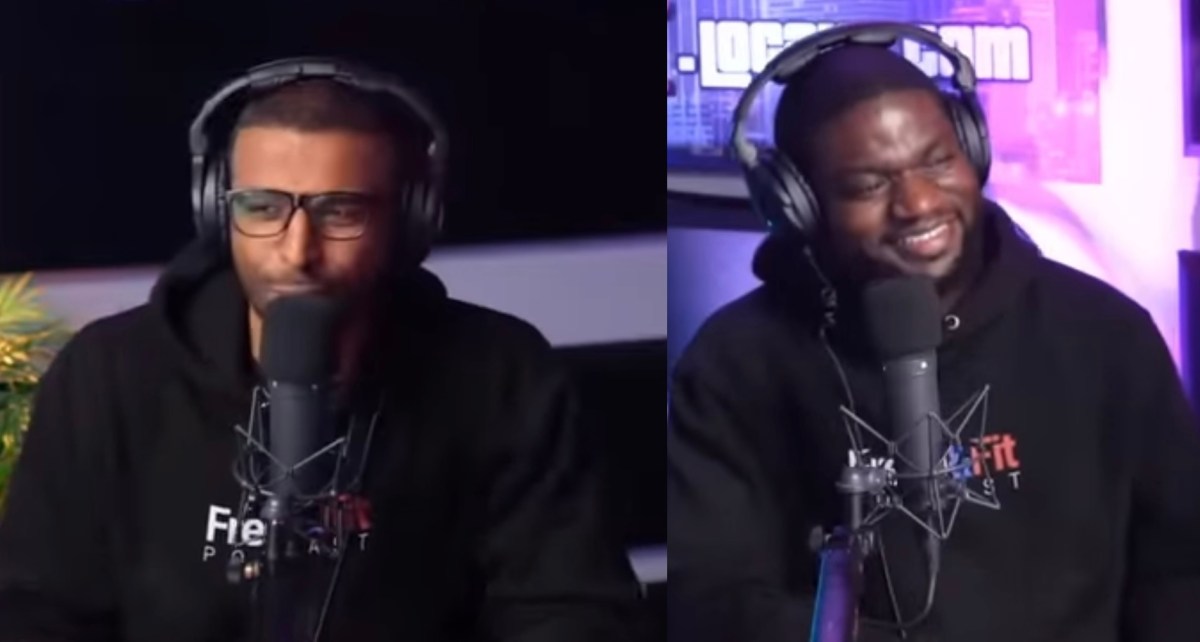 2022 has been an Andrew Tate kind of year, at least in terms of news. First came a wave of extreme popularity earlier in the year, which was quickly followed by his ban from social media, then the recent reveal of the possibility that he might fight Jake Paul, and now he’s returned to Twitter, thanks to Elon Musk.

If the name sounds familiar but you can’t quite remember why, then you might recall that Andrew Tate, a British-American former pro kickboxer, exiled Big Brother contestant, and self-styled success coach, has voiced avowedly sexist views about women and relationships that have many labeling him a misogynist — although some of Tate’s friends, including women, insist that his opinions are misunderstood, in part, because of his alleged “sense of humor.”

Tate’s biggest logical mistakes often arise from his seeming overconfidence. He has claimed to be the most intelligent person on Earth, but has also stated that he never reads books. While he complains that his words are often taken out of context, surely someone of Tate’s professed intelligence would recognize that statements like these, made deliberately for the purpose of getting attention, don’t need to be taken out of context to spew toxicity; they speak for themselves. Regardless, if he fears being misunderstood, Tate should take more care with his words — you know, like intelligent people do.

So who’s the heir apparent of the social media manosphere? One contender is Fresh & Fit, a podcast on which Andrew Tate made frequent guest appearances, run by serial dater Walter Weekes, who goes by the name of Fresh Prince CEO, and his cohost, fitness trainer Myron Gaines. Gaines and Weekes dispense advice on life, finances, and mostly, how men should approach dating women. Based in Miami, every week they invite several women on as guests, with whom they debate dating strategy.

In a nutshell, the hosts take the predictable stance that women ought to serve in a subservient role — you know, like in the kitchen — otherwise men won’t be interested. They argue that women who are successful are not appealing to men, and hold that while men should be allowed multiple sexual partners, women should remain faithful to one man. Ironically, given how busy these guys are sleeping with multiple women (allegedly), one wonders if they’re glad that the women they sleep with, at least, reject their advice.

Gaines expressed this double standard on the Australian radio show Kyle and Jackie O. It resulted in such total embarrassment that, if you watch the video below, it will be the highlight of your day.

YouTube creator Jamari explains that alongside other YouTube creators who (rightly) slam Fresh & Fit, he received an email, ostensibly from YouTube, threatening that unauthorized use of F&F clips would result in copyright-violation strikes. The problem is, in addition to spreading legal inaccuracies, the email was not actually from YouTube but more likely, it was figured out, written and sent by one Myron Gaines, secure male hero.

Despite their insecurities, Fresh & Fit enjoy bragging a lot.

Gaines constantly talks about, well, gains. Meanwhile, Weekes constantly talks about “game,” presumably referring to the skills, tactics, and status he deems necessary to attract women as sex partners. As evidence of his superior game, Weekes has generously revealed to the world that he has slept with over a thousand women. He even once created a video to boast that he was with three different women in one night. His story backfired, however, as he claimed to have allegedly attended a party with a famous NBA player, who he explained hooked him up with the aforementioned three women. Obviously, though the point may be lost on Weekes, his story suggests that if anybody had game at that alleged party, it was not Mr. Fresh Prince CEO.

The toxic antics of Fresh & Fit extend beyond mere stories, though; one scandal erupted when Gaines apparently slid into a potential guest’s DMs to invite her to appear as a guest on the show, seemingly on the condition that she sleep with him. She made multiple videos providing receipts, and was clearly and understandably emotionally affected by his behavior. Gaines admitted to the interaction on the podcast, but insisted there was nothing wrong with this quid pro quo approach. Trolls self-identifying as his followers began harassing the woman, a popular fitness trainer on social media, all while vehemently defending Gaines’ “game.”

Gaines and the Prince boss then received copious pushback for revealing that they don’t date Black women, despite being Black themselves. When referring to the BLK app, which is a dating app exclusively for Black singles, Gaines said, “Me and Fresh aren’t really down with the brown like that…being night riders. We don’t dabble in the dark, if you know what I mean.” He later clarified that it’s “just a preference [they] have to not date Black women.” Surely, one must admire the eloquent word “preference,” as though women are simply flavors of a consumer product, as opposed to using a plainer term, such as “cringeworthy evidence of internalized racism.”

So, why are Fresh & Fit popular? The answer is only partly because Gaines and Weekes appeal to the type of guys who lay the blame for their own dating woes on women. The hosts also occasionally sprinkle their chaos with potentially useful advice; they will encourage men to focus on finances, and to work to become independent and successful, which appeals to a lot of adolescent males. Fresh & Fit may even help vulnerable young men believe in themselves, and teach them how to gain confidence — which in and of itself, is not bad at all. Unfortunately, just as with Andrew Tate, the size of Fresh & Fit’s platform makes each boneheaded opinion all the worse, because it will reach the ears of these same impressionable teenagers who look to them for advice.

But it doesn’t take much to find guys who once followed Fresh & Fit, but a couple years later, realized that their overall message is harmful. Such guys are among the commenters on other YouTube videos about Fresh & Fit, and some are even YouTubers themselves. Amongst them are former friends of F&F, Aba N Preach. In fact, Gaines was evidently so stung by their criticism that he once proclaimed that Fresh & Fit would have more YouTube subscribers than Aba N Preach in one year’s time. That gauntlet was thrown down one year ago. As of this writing, Fresh & Fit now have 1.04 million subscribers. Aba N Preach? 1.84 million.

Yet, no better self-own exists than when Myron Gaines made one peculiarly telling assertion on his podcast. The guy who talks nonstop about his success with women, who boasts about being a real man, who insists that he’s “high value,” actually bragged on his podcast that he has never even tried to please a woman, sexually. This admission may well be the only claim Gaines ever makes that everyone believes.

“Who gives a fu** about a woman’s orgasm? It’s useless,” said Gaines. When pressed by one of the women on his show that night, who asked if he has ever actually pleased a woman before, he replied, “Yeah,” but added, “I’m not trying to make it happen. If it happens — awesome.”

All of these wild things that Gaines and Weekes claim on their podcast might get laughs from most, but they still have significant popularity that continues to grow.

Fresh & Fit even recently hosted Andrew Tate’s second-in-command on their show. After Tate was banned from social media, he named a popular YouTuber known as Sneako as his social media successor. It seemed appropriate, considering that Sneako once outright admitted, on video, that he hates women. It was also no shock when, over a month ago, Sneako was in turn banned from YouTube, and his long-running YouTube channel was terminated.

Now, this turn of events doesn’t necessarily mean that Fresh & Fit will be next to be banned. Unlike Tate and Sneako, Fresh & Fit have a weekly show with several new guests per episode. Their framing device of engaging guests in debate, as opposed to simply addressing their remarks to the camera, might work in their favor. They’ve managed so far to survive scandals such as those noted above, but having Sneako on their show might not exactly be the smartest move, either. Then again, these might not be the smartest guys around.