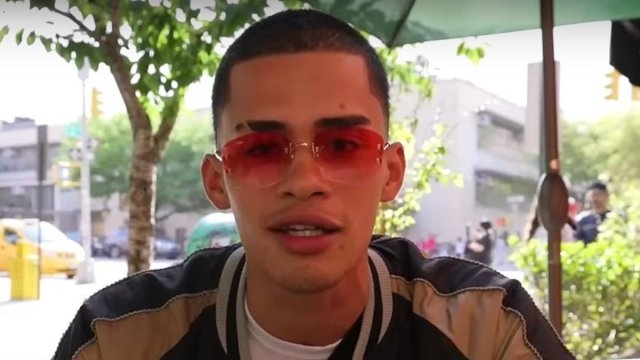 Banned from multiple major social media platforms, mostly because of his controversial views on women and other questionable things, Andrew Tate recently gave a farewell message on Vimeo, saying that he is moving on from being the most popular social media personality.

His brother, Tristan, who has been a part of the journey, has also bid an unpublicized farewell and his channels have also been removed. As part of his goodbye, Tristan called a successful YouTuber who supported the Tate brothers to tell him that they are now passing the torch to him. One can have a field day deciding what that torch represents.

So, who is this non-blood related Tate brother? What is this madness? Who dare pass such a torch? Will he be banned also? Well, to that last question, he actually thinks he will.

Who is Andrew Tate’s successor?

The YouTuber’s name who will apparently be the successor to the Tate brothers is Sneako. He’s a 23-year-old American who has over 690k subscribers on YouTube. He began uploading video game reviews when he was 14 before eventually doing more social commentary where he sometimes interviews people on the street. Although his approach and style differs greatly from Andrew Tate, Sneako and Tate share many of the same views.

Sneako is — or more accurately used to be — a very thought-provoking content creator who would often be able to hold his own in any conversation. Ever since he’s been influenced by Andrew Tate, he’s clearly become slightly less respectful and a bit more arrogant.

This doesn’t mean that Sneako is all bad. After all, he cares less and less about what people think and doesn’t shy away from speaking what he believes. Sometimes that’s a good thing. He can be very entertaining and is still able to bring good points to the table but it’s less frequently than before. Now, he often ends up getting annoyed too easily and it ruins any good points he has when he involves himself in debates.

Perhaps his biggest error is saying, “I don’t think of myself as an influencer.” Why is that a mistake? Because he has a public platform with a significant amount of subscribers whom, based on their comments in his videos, he is clearly influencing. Once you realize there are a lot of people who genuinely care about what you say then you’ll likely be careful with what you say and that’s exactly what Sneako does NOT want to do. It’s also likely to be what hurts him more and more moving forward.

However, by far the biggest issue with Sneako is that he’s not exactly fond of women. In her video, former Sneako intern Ann Marie Chase point-blank asked Sneako, “Do you really hate women, though?”

Chase replied, “I don’t think you actually hate women. If you actually did then I wouldn’t be friends with you.” This made Sneako simply state, “Eh. If that makes you feel better.”

But, does he really hate women?

In an interview on the Peer-to-Peer podcast, Sneako said, “Girls need to be entertained every 5 seconds. In a relationship, you need to be a comedian, a provider, you need to be adventurous and fun and she just gets to show up and be pretty. It’s not fair.”

His complaints about relationships not being fair are likely born from his immaturity within those relationships and his inability to find a multi-dimensional woman because of that immaturity. It’s amazing that at 23 years old he hasn’t figured that out yet.

Clearly the man doesn’t care to improve himself much either, which is something that Hamza, another YouTuber who is more popular than Sneako, pointed out after Sneako decided to publicly make fun of him despite apparently being on good terms with him.

Hamza respectfully noted, “Your videos used to feel like a cinematic masterpiece and now you’re just sitting there reacting to other YouTubers, dishing out insults.”

Sneako could only hope to ever be as emotionally mature as Hamza, who is light-years ahead of Sneako in character and integrity. Perhaps that’s what originally triggered Sneako’s attack.

So, what’s the problem?

Sneako’s problems with women and his foolish approach to relationships are laughable. He once cheated on his girlfriend and claimed — to her surprise — that it was because he thought they had an open relationship. Don’t you just love a man who makes excuses?

He actually did have an open relationship with another girl and then he admitted on YouTube that he watched her having sex with another man in the very same bed he was on. Imagine the manliness of this next Andrew Tate.

We think it’s fair to say that Sneako is not exactly an expert on relationships but, we will give him credit for his approach to other topics and his opinions on certain social issues that show he does care about something. Unfortunately, women are not that something.