It may not offer enough to draw in repeat customers, but Sonic Origins is still a solidly put-together package of classic Blue Blur adventures. 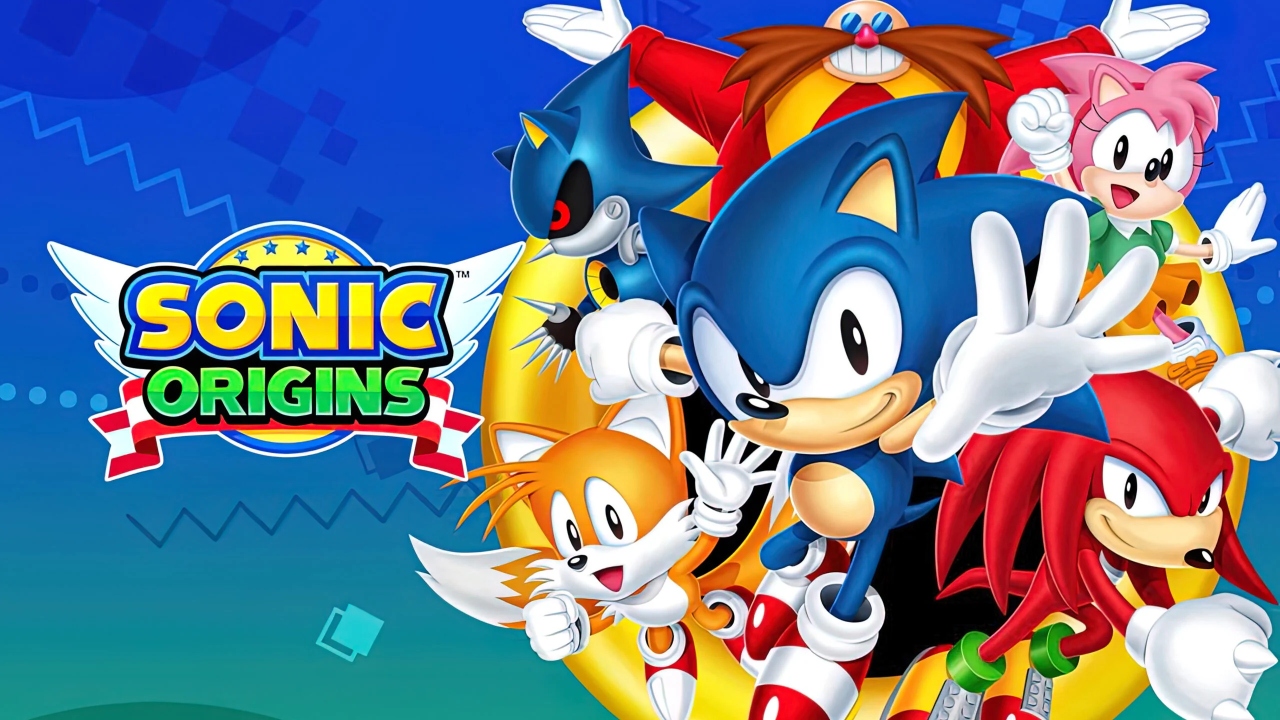 It’s difficult to make heads or tails of where Sonic the Hedgehog is at the moment. On the one hand, the films have achieved far greater critical and commercial success than I think most would have imagined. On the other, the games seem to be backsliding in quality once again. Sonic Forces was a disappointing 3D adventure, and the recent re-release of Sonic Colors launched with a litany of issues. The series’ next major outing, Sonic Frontiers, also hasn’t shown particularly well in previews. Before that one hits store shelves, though, Sega is going back to the reliable classics for its latest compilation, Sonic Origins.

Bringing together the classics that put the series on the map, Sonic Origins is the perfect introduction to the eponymous blue hedgehog. These are the games that helped Sega stand toe-to-toe with Nintendo during the console wars of the ’90s. And unlike the 3D entries that followed, these titles have mostly stood the test of time. Sonic the Hedgehog, Sonic CD, Sonic the Hedgehog 2, Sonic the Hedgehog 3, and Sonic & Knuckles all have moments and a sense of style that still makes them worthy of playing 20-plus years after they originally hit store shelves.

If there is a weak link in the set, it would be the first Sonic game. Its focus on speed and unique level structure still feels remarkably different from other 2D platformers out there. However, it frequently dishes out cheap hits, and the floaty controls sometimes make navigating jump-heavy sections a pain. The framework is there for what would come, but the ingredients hadn’t fully meshed together. It’s something that would be rectified in the follow-up entries, though, as the sequels tighten up the controls while introducing new wrinkles to the blueprint. From the addition of new characters Tails and Knuckles to the time-traveling antics of Sonic CD, the series evolved into new and fascinating directions.

Rather than just reuse the versions of these games Sega has ported in the past, they’ve opted to rebuild each one in their new engine, dubbed the Retro Engine. Aside from allowing each title to be more compatible with newer hardware, this allowed them to create new Anniversary Editions of each title. These versions contain numerous quality of life improvements that modernize the entire experience, such as unlimited continues and the Drop Dash move, along with animated cutscenes that attempt to explain the plot of each game. I feel these are the best way to play these classics, but if you are a purist, the original versions are included as well.

Aside from the main games, Sonic Origins also includes a handful of bonus modes for players to dig into, the meatiest being Mission Mode. Split across all the games, Mission Mode gives you a handful of unique tasks to complete. For example, one challenge for the original Sonic tasks you with eliminating a dozen or so baddies using only the spin dash. Completing these missions will reward you with coins that can be used to either purchase new artifacts for the in-game museum or spend them in Anniversary Mode to replay bonus levels if you fail to complete them. If you weren’t previously aware, you need to successfully complete multiple bonus levels in order to unlock the true endings for the games, so getting to replay them is quite the benefit.

The other modes on offer are a bit of a mixed bag. Story Mode is the most interesting one in theory, but the execution isn’t quite there. The premise is to mash all of the titles into one gigantic adventure, with animated cutscenes used to bridge the stories of each of these titles. However, you’ll likely get just as much out of the package playing through all the games separately then you do through Story Mode. There’s not even a trophy/achievement tied to completing it, so it feels like a novelty at best. Mirror Mode and Boss Rush Modes are also included for each game as well. The boss battles in these titles vary wildly in quality, so going through them again doesn’t hold much appeal for me. However, playing through the stages in reverse feels strange enough for me to at least dabble with. Even if you have memorized the levels, playing through them in reverse provides an interesting challenge.

Sonic Origin‘s Museum will probably only appeal to the most hardcore of fans. The collection is fine enough, but it also includes a lot of content that has already been featured in previous Sonic compilations. Having to use the coins you earn to unlock additional art and music is a tad cheap as well. You can earn more than enough coins to get everything, but I’d rather use them to try and finish the bonus levels rather than unlock a reused piece of artwork.

While the games themselves play well in Sonic Origins, there are some noticeable flaws. The most glaring change is the remixed Sonic 3 soundtrack. Michael Jackson previously contributed a handful of tracks, but due to what appears to be licensing issues, his involvement has been excised from the soundtrack. It’s a disappointing change, but one I suppose Sega was forced to make. Besides that, the game did freeze on me a few times, specifically when I was exiting one of the additional modes. It would get stuck on the loading screen, which required me to close out the game and reboot it. Finally, there was a weird issue in Sonic 2 where Tails would repeatedly get stuck somewhere in the level. Rather than immediately fly back to me, as I thought was the case, he would just stay stuck where he was. This issue is compounded thanks to all the noise he makes as he attempts to find his way back to Sonic.

The sense of repetition is arguably the biggest flaw with the whole set. With the number of times these games have been ported and collected together, is Sonic Origins really worth the price of admission? That’s a tough question to answer. If you already own these games elsewhere, I’m not sure the set does enough new to justify picking up. Even with the Anniversary Mode improvements factored in, it doesn’t have enough new content to make double or triple dipping a good idea. However, for the younger crowd that might have been drawn to the franchise thanks to the aforementioned movies, this is a solid starting point. It’s a reminder that once upon a time, Sonic’s games weren’t just disappointing releases, but rather adventures that stood out enough to put an entire console on the map.

This review is based on the PlayStation 5 version of the game. A copy was provided to us by Capcom.

It may not offer enough to draw in repeat customers, but Sonic Origins is still a solidly put-together package of classic Blue Blur adventures.