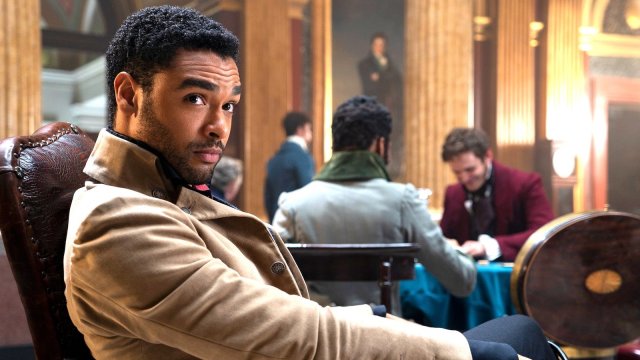 Nobody turned heads in 2020 quite like Regé-Jean Page. The British star won millions of hearts portraying the charming yet abrasive Simon Bassett, Duke of Hastings in the debut season of Netflix’s hit period drama Bridgerton. The character was so well received that his decision not to return for the series’ second season left several fans gutted.

Season two of Bridgerton may have been released to even more critical acclaim and record breaking viewership numbers, but the Duke’s absence was definitely felt. With a third season already in development, fans have become increasingly interested in knowing whether Simon will finally return to the series. Earlier in the month, Page revealed to Variety that he would have no issues if his character were to be recast, which has led to several speculations as to who would fill his shoes perfectly.

Here are 12 brilliant (and extremely handsome) British actors that would likely be a contender for the role of the Duke, and could bring their own incredible talent to the role if given the chance.

With his scene-stealing good looks, Lucien Laviscount would be a sure fire way to maintain the Duke of Hastings’ reputation for being more than easy on the eye. The dashing British actor has starred in a number of popular television series both home and abroad and made waves as Alfie in the polarizing, but extremely popular Netflix romantic comedy series, Emily in Paris.

Alfred Enoch is a brilliant actor that kicked off his career as Dean Thomas in the acclaimed Harry Potter film franchise. In 2014, his fame skyrocketed when he was cast in Shonda Rhimes’ legal thriller How to Get Away with Murder, alongside Tony, Emmy and Academy Award winner Viola Davis. While he managed to have fans convinced he was American, Enoch is actually British, and would be a perfect fit for the role of Simon Bassett.

With his piercing hazel eyes, Aaron Pierre is another actor with incredible talent and enough charm to take over from Page as the Duke. The South London-born actor trained at the prestigious London Academy of Music and Dramatic Art and has experience with playing period-piece characters, taking on the roles of Cassio and King Hedley in recent stage adaptations of Othello and King Hedley II, respectively.

British-American actor Nick Sagar should have no problem fitting into Bridgerton’s glamorous setting. After all, he’s already shown off his debonair acting skills in the Netflix Christmas film trilogy, The Princess Switch, alongside Vanessa Hudgens. While fans are hopeful that the streaming giant will announce a fourth part soon, joining the Bridgertons for London’s social season would be an excellent way to extend his catalogue and gain a slew of new fans.

Very few actors can boast having effortless swagger, and Damson Idris is one of them. The Peckham native of Nigerian descent studied acting at the Identity School of Acting and has gone on to receive critical praise for his compelling and dominating performance as Franklin Saint in the FX series, Snowfall. Needless to say, Idris would excel in making a splash as the handsome, debonaire Duke of Hastings.

Another British star of Nigerian descent that’s more than capable of filling Page’s boots as Simon is none other than BAFTA and Golden Globe winner John Boyega. His cool demeanor on and off screen makes him a very viable contender for the role, and with a career worth boasting about and immeasurable talent under his belt, Boyega should have no problems flourishing in the role.

Some fans have pointed out that Kingsley Ben-Adir bears a little bit of a resemblance to Regé-Jean Page, and while it’s a no-brainer that he would make an excellent Duke (his growing catalogue is quite impressive), he seems to have a packed schedule for the next couple of months. He joins the MCU in a villainous turn in the upcoming Phase Five series Secret Invasion, and was selected to play Jamaican legend Bob Marley in an untitled biopic for Paramount. If he does have the time, adding Bridgerton to his repertoire would bring joy to many hopeful faces.

Jacob Anderson grew in popularity after scoring the role of Grey Worm in HBO’s mega hit series, Game of Thrones. The British actor and singer is particularly pleasant and endearing, as seen in several interviews, so playing the witty Duke should be a breeze. The Bristol native has enough charm to bring some new color to the Duke’s captivating character.

Malachi Kirby established himself as one of Britain’s talents to watch out for after his breathtaking turn as Kunte Kinte in 2016’s Roots, the remake of the 1977 series of the same name. The incredible talent has also been blessed with striking good looks, and would make an excellent Duke of Hastings. Better yet, Regé-Jean Page starred alongside him in the aforementioned miniseries, so he could always lend some tips to his former co-star.

He may not have wanted to act until he was 18, but Daniel Ezra has solidified himself as a fast rising talent from Birmingham. He currently stars as football player Spencer James in The CW sports drama, All American, and while he offers up a very convincing American accent, fans are always surprised to learn that he is indeed British.

Known for his roles as gangster Isaiah Jesus in Peaky Blinders, Miles Ezekiel in The 100, and Skad in The Book of Boba Fett, Jordan Bolger also joins the list of actors who could replace Page. The young British talent is more than capable of bringing his suave and dapper energy into the regal role.

Daryl McCormack is another excellent choice for the role of Simon Bassett. The Irish heartthrob has been on the receiving end of much critical praise for his starring role alongside British icon Emma Thompson in the sex comedy, Good Luck to You, Leo Grande. He has been proven to have has the charisma, allure, and sex appeal to become the next Duke of Hastings and should definitely be a top contender, should the role be recast.