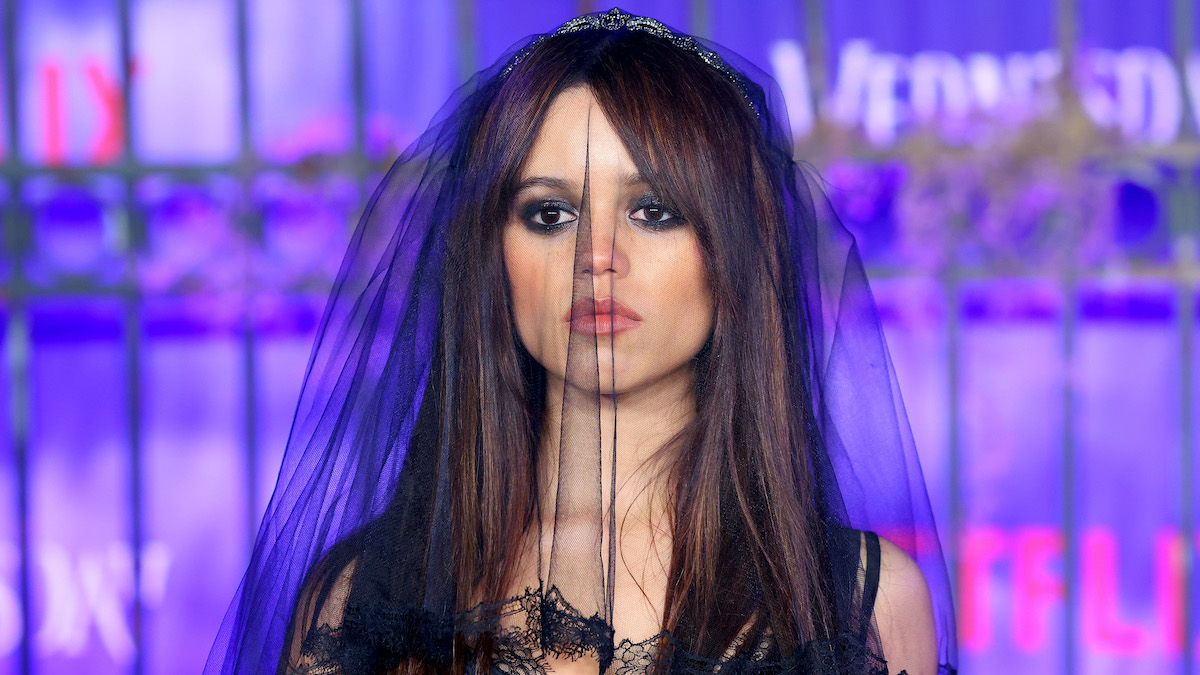 News of Amazon’s new Warhammer 40K series starring Henry Cavill was just the balm we needed to heal from the pain of learning he would no longer play Superman in the DCU or Geralt of Rivia in Netflix’s The Witcher. Having only recently been announced, the project is still in the early stages, but that doesn’t mean it’s too early to start fan casting.

Among the many portals of possibility a Warhammer Cinematic Universe opens, the idea that some of our favorite actors in Hollywood now have a new playground to play on is the most exciting. Extracted straight from our list of stars who could make Warhammer 40K Amazon’s biggest hit yet is none other than 20-year-old actress Jenna Ortega.

From Jane the Virgin to Scream and all the way to Wednesday, Ortega has proven how versatile she is as an actress. She’s been in the industry since 2012, but not until her lead role in the movie The Fallout did critics begin to recognize her range as an actress. Of course, she then followed that up with Wednesday, earning herself a Golden Globe nomination in the process and helping the show become one of Netflix’s most popular in history.

With Warhammer 40K in the very early days of inception, there’s still time for fans to toss their predictions into the hat with the hopes that Cavill and all the other higher-ups on the project will take note. With that, here are seven truly fantastic characters Jenna Ortega could play in Warhammer 40K, all of which either lend themselves to her wheelhouse or challenge her to broaden her range even further.

We know Jenna Ortega can give us deadpan or dramatic, but it’d be quite something to see her as the no-nonsense lieutenant Mira of the 203rd Cadian Shock Troops of the Astra Militarum Regiment. Plus, if Ortega played this character she just might bump up against Dwayne Johnson as an Ork warlord, a character we think he’d be perfect for. That, or seven other characters we also think he’d “Rock.”

There’s almost nothing we’d love to see more than Jenna Ortega devoid of any and all mercy or remorse as she delivers one execution after the next to all those she deems unworthy. As a Puritan Inquisitor of the Ordo Hereticus, Inquisitor Katarinya Greyfax can detect any lie, and we cannot lie that we’d love to see Ortega play this part.

Are you telling us you wouldn’t want to see Jenna Ortega play a Drukhari Succubus in a cult of vicious and sadistic knife-fighters known as the Wych Cult? We didn’t think so. Lelith Hesperax’s exactitude in wielding deadly blows to her enemies with nothing but a simple knife makes this possible character choice for Ortega one of the most exciting of the bunch. It’d be nothing less than a treat to see on screen.

Severina Raine is an Imperial Commissar who fights to protect an area of space known as the Bane Stars from the forces of Chaos. She is fierce, strict, and hell-bent on accomplishing her missions. Character-wise, this would be in the same vein as Lieutenant Mira, and Jenna Ortega would nail it.

Out of all the characters on this list, Jenna Ortega could most naturally slip into this one. Euphrati Keeler was originally a Remembrancer in Warhammer 40K, which is an artist, historian, or journalist whose job it is to record the activity of the Space Marine Legions and Imperial Army to ensure historical accuracy. Her unyielding faith in the Emperor eventually granted her safety from the daemons and the title of one of the first Saints of the Imperial Cult.

Known as the Daughter of Shades, Yvraine is not only a menacing warrior but also a psyker – someone who has psychic abilities, sometimes otherwise referred to as a witch. Thanks to the God of the Dead, Yvraine was brought back to life and now has the ability to gain strength from her fallen allies. Something tells us Jenna Ortega would be able to channel her inner Wednesday Addams for this role.

Only six words for you here: Jenna Ortega as a Chaos God.

Slaanesh is the youngest of four major Chaos Gods. As a Chaos God, Slaanesh has no gender. Most people don’t really know what they look like. The image above is their mark. Typically, Slaanesh appears “in an androgynous form in which it is a woman on the right side and a man on the left with two sets of devilish horns growing from its head. Slaanesh can assume any physical form; male, female, both at the same time, or no gender at all,” according to Warhammer 40K‘s official Wiki page. Slaanesh is the Master of Excess in All Things including lust, greed, pain, pleasure, perfection, and hedonism. And with that, we rest our case.