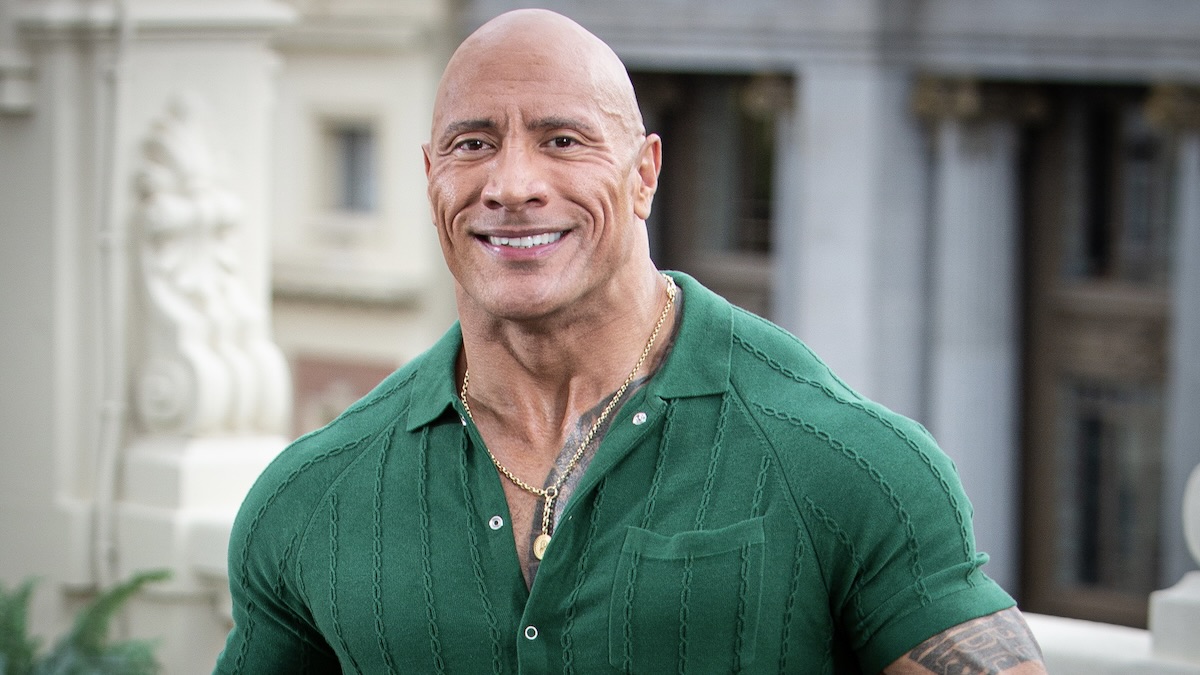 Amazon Prime’s upcoming Warhammer 40K series, based on the popular Warhammer Fantasy Roleplaying game universe, is already generating a fierce amount of buzz in the wake of the announcement that former Man of Steel and longtime Warhammer player Henry Cavill will be producing and starring in the series. With some thoughtful show-running and stellar casting choices, Prime could have another Rings of Power-sized hit on its hands.

Now that Cavill is firmly on board, here are a few other A-listers that could help make Warhammer the streaming service’s biggest hit yet.

Johnson may have joined Cavill in the DC unemployment line, but that doesn’t mean The Rock isn’t one of the best-loved stars in the world. Since Johnson won’t have anything to do with the new hierarchy at DC, he might want to switch gears to a slightly smaller screen. Johnson has been producing and developing his own TV productions for a while now, but he hasn’t played a lead role in a series since Baller wrapped in 2019. Now that he’s had a taste of antiheroism as Black Adam, perhaps he can go fully dark (or green — the man would make a spectacular Orc warlord) for Warhammer.

It’s hard to argue that Ortega isn’t the new hotness (and darkness) right now. The jaw-dropping success of Netflix’s Wednesday ⏤ not to mention the truly staggering amount of Wednesday-inspired dance routines making their way across social media ⏤ has made the former Jane the Virgin actor into a household name practically overnight. If Prime could hitch Warhammer to her rising star, it would bring an entirely unlooked-for audience to the new show ⏤ and Ortega could show off her breadth as an actor, going from dark fantasy comedy to a sci-fi dramatic role.

Okay, admittedly, getting Ms. Larson would be a pretty big trick to pull off. Larson’s plate is almost overflowing with projects large and small and even after The Marvels press tour, the Fast X press tour, and her own Prime project ⏤ a biopic about first female presidential candidate Victoria Woodhull ⏤ she’ll still probably end up suiting up as Captain Marvel for the next slate of Avengers movies. So maybe a cameo? Even one episode featuring Larson would be a win for Prime.

Before this year, the average movie-goer in the U.S. wouldn’t have been able to pick Considine out of a lineup, but that’s no longer the case after his acclaimed turn in House of the Dragon. Since he won’t be returning to the show for fairly obvious reasons (it’s still Game of Thrones, after all), Considine may want to consider jumping on board the Warhammer ship before it launches. His star-making acting chops could easily lend the show the gravitas it needs.

Brown’s easily one of the most famous (and talented) teen actors on the planet, and she’s already embarked on another career path as a producer behind the scenes of her hit adaptations of Enola Holmes. Getting Brown to come on board Warhammer to take on what would be her first truly mature role as an adult would be like lighting a rocket underneath the series. Of course, she may not want to do another series on the heels of Stranger Things, but maybe her Holmes co-star Henry Cavill could plead the case to her?

Isaac has all the resumé requirements of a Warhammer cast member: sci-fi chops as Duke Leto Atreides in Dune, TV series lead for Moon Knight, and Oscar-worthy acting chops. It’s not hard to see him stepping into any role, but he’d make a perfect candidate to play the Emperor of Mankind ⏤ should Cavill not grab it for himself. His star power alone could set the fandom ablaze.

Now that Jordan is finishing out his Creed series, it may be time for him to leap back into genre material. Black Panther’s Killmonger is one of the most popular villains in the history of Marvel’s cinematic universe, but Jordan could easily play a villain or a hero in the upcoming series. Jordan’s Q rating would bring a lot to a Warhammer series and it may just prove to be the best move he’s made since he relocated to Wakanda.