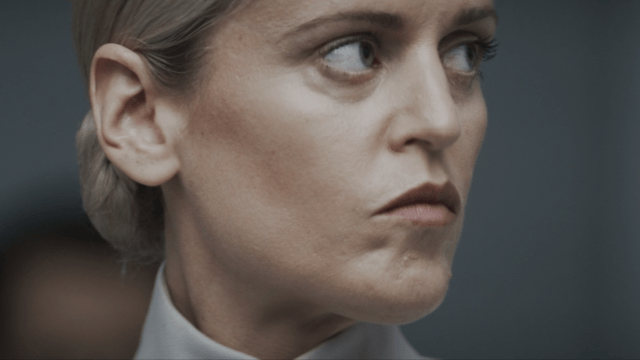 He’s an incompetent mommy’s boy with a track record of getting his own men slaughtered. She’s a torture-happy Nazi with a great line in disgusted sneers. But together? Well, the Andor season finale just introduced us to #Keero, or #Sydra, or maybe even #Marn.

Yup, the pairing many Star Wars fans dreaded has happened, and it seems that there will indeed be a Syril Karn/Dedra Meero romantic relationship on the cards for season two. The excellent season finale saw Syril steal money from his mom’s bedroom and make his way to Ferrix, where Dedra was trying to snare Cassian Andor in a trap at his mom’s funeral.

Neither of them foresaw that interfering with the funeral would unite the people of Ferrix against them, with Dedra caught up in the fight and panicking as she was kicked and beaten by the crowd. As fate would have it, her knight in shining armor appeared and dragged her to safety. Dedra is already having a panic attack when she realizes that her creepy stalker has rescued her, and the two stare into each other’s eyes as the subtitle reads “Dedra panting”.

So, is it love at third sight? Fans are feeling nauseous at the idea:

Look up “simp” in the dictionary and you’ll see Syril:

This is going to be one bizarre relationship:

Well, as 1994 classic Speed teaches us, “relationships based on intense experiences never work”:

We sense a disturbance in the world of fan fiction…

The most appropriate emoji:

We shudder to think what this disaster couple would get up to, though the potential for drama is off the charts. Even a single scene of Syril taking Dedra home to meet his horrible mom would leave us cackling like banshees. The only downside is that we have to wait two whole years to find out…

Andor season one is available in full on Disney Plus.