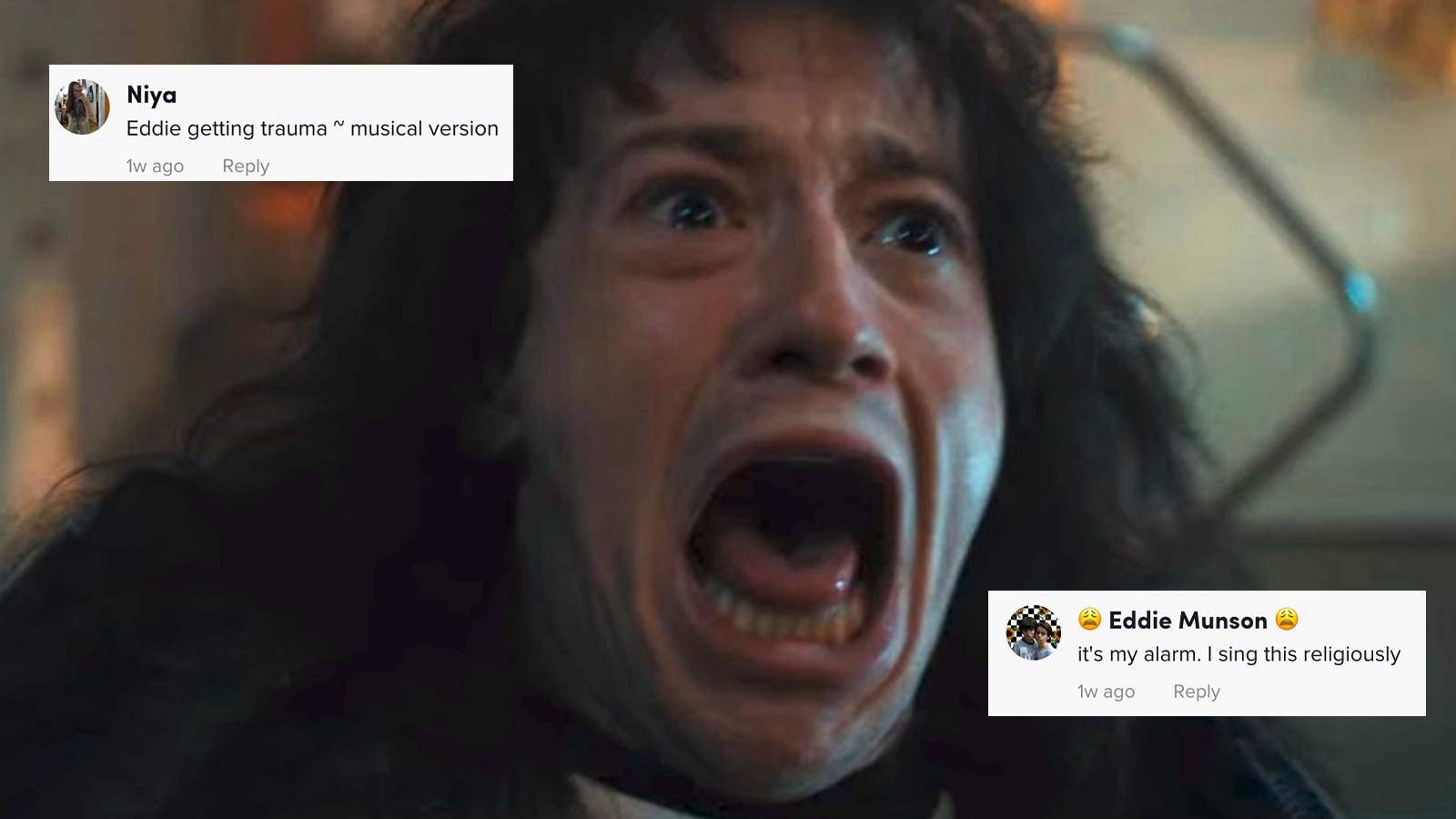 Stranger Things fans have turned the most traumatic moment of Eddie Munson‘s (Joseph Quinn) life so far into a viral and catchy jingle on TikTok. And not gonna lie, it kinda slip, slop, slaps.

Chrissy (Grace Van Dien) is the first person we see Vecna brutally murder in Stranger Things season four. Eddie sees Chrissy in his trailer standing upright but unconscious. Her eyes roll back into her skull as her spirit is trapped in Vecna’s domain. Eddie then tries to wake her up and shouts, “Chrissy, wake up! I don’t like this.”

TikToker Schmoyoho (@schmoyoho) turned his anxious panic into a short jingle that fans named Chrissy and Chris could use as an alarm. He posted the sound in a video on June 11th. As of the time this article was published, the original video has seven million views and over a million likes.

Folks on TikTok were in awe of the track. Several of them said the sound slapped and had no right to go as hard as it did. Others joked that it was the only thing playing in their little worm brains in the past few weeks.

A few people used the sound to soundtrack self-deprecating videos about their everyday life. One user used Eddie panicking to capture how she felt when an AC guy told her someone cut the wires to her AC unit. Another used the sound to capture their own panic when they heard their two exes got married to each other.

Others wondered whether Joseph Quinn has heard the audio. He hasn’t publicly responded to the sound at the time of publishing, and he has said he doesn’t have TikTok, although friends send him videos. However there’s a good chance one of the younger members of the cast such as Noah Schnapp or Millie Bobby Brown have seen these vids and shown them to Quinn.

TikTokers shared the song that would save them from Vecna’s curse after the first half of season four aired. They also revealed the chaotically worst situations to hear the foreboding grandfather clock noise from the show.